As the polls opened on Tuesday, November 3, 2020, more than 100 million Americans had already cast ballots. Our DGAP experts assess the consequences of the US election on the geopolitical order, the global economy, and other policy areas. Read their brief analyses here.

"If Joe Biden becomes President of the United States, Germany and Europe would again have a partner in Washington for repairing and developing the rule-based international order. The Democrat would, however, expect Europe to become more involved in multilateral organizations. Donald Trump would continue to use the wrecking ball. Rules and regulatory structures interfere with Trump’s ability to implement his short-term, power-based policy to protect US interests."

"Even after a defeat, Trump will continue to have decisive influence on the United States in both the short and long term, and thus also on its foreign policy options. Divisive Trumpism, sustained internal pressure, and chaos that is both intentional and tolerated have eroded confidence in US institutions and democracy for years. This won’t go away. Trump could be vain and intoxicated with power enough to continue milking worldwide public attention in a ruthless and skillful manner – possibly even with his own TV station."

"Whether future US trade policy will be steered by Donald Trump or Joe Biden, Germany and Europe have to expect that it will focus strongly on US interests and US economic recovery. This will include measures such as reshoring, export controls, and Buy American provisions. Under Trump, the crisis of the WTO will worsen dramatically. While Biden is a multilateralist, he shares much of the Trump administration’s criticism of the WTO Appellate Body reform. Still, Biden will be open to a reform dialogue with the EU."

"Provided the Democrats gain control of the Senate, a Biden presidency would pave the way for a large, growth-supporting fiscal stimulus. A large infrastructure spending program would follow. An improved US growth outlook would benefit exports and growth on a German and European scale. A Trump victory combined with the Republicans holding the Senate would limit the size of any further stimulus. Accordingly, near- and medium-term US economic growth would be weaker."

"A Biden administration will return to a multilateral approach to climate change. It will refocus climate policies on cutting greenhouse gas emissions at home and fostering a progressive climate regime globally, possibly beyond the Paris Agreement. Green energy policy will, in part, become industrial policy to strengthen a competitive clean energy industry. While “energy dominance” will no longer be featured as a foreign policy slogan, it will remain a repurposed and strategic goal. A Biden administration will link trade and clean energy policies and consider a border carbon adjustment similar to the one the EU is planning. A Biden administration will not, however, stop fracking. Therefore, market forces – not policies – will determine the future of the unconventional oil (and gas) industry as well as the role of the United States as the global leader in hydrocarbon production."

"Biden and Trump both see technological superiority as central to America’s geostrategic power and a key front in the US-China rivalry. A second Trump administration will attempt to force Europe and Germany to block Chinese tech through a mix of pressure points – security guarantees, secondary sanctions, tariffs, and access to markets and technologies. A Biden administration will work hard to unite the global community of democracies around a common vision of governance for emerging technologies such as AI and cloud and quantum computing. Because Biden’s vision of democratic tech governance will need a transatlantic core in order for it to work, he will reach out early to Germany to win its support. Given Europe’s quest for digital sovereignty, it should expect friction with Washington in 2021 regardless of whether Biden or Trump occupies the White House."

"While countering threats posed by China and Russia will remain the focus of the United States, the devil is in the details. The candidates have very different approaches to security policy. Biden believes in cooperation and multilateralism and is diametrically opposed to the confrontational, isolationist President Trump. With New START expiring, a change in Washington would be consequential for arms control. A Biden presidency would also mean better cooperation within NATO."

"Regardless of the outcome of the presidential and congressional elections, the United States will intensify its anti-China stance. Washington wants to ensure that economic exchanges will no longer help its strategic rival to rise economically and technologically. To curb China’s economic and military modernization, the United States is pushing a strategy of economic decoupling instead of its previous policy of inclusion and integration."

"Given that Moscow tends to be reactive to American policies, it is now in waiting mode. Still, regardless of who is elected the next president of the United States, significant tensions in the US-Russia relationship are going to prevail. The big difference between Trump and Biden is how these multiple frictions with Moscow will be managed. Biden is expected to be a tougher opponent who is more determined to work through NATO and push back Russia’s hybrid operations abroad. He would also be a more predictable partner on strategic arms control."

"President Trump does not shy away from employing his Africa policy to suit his election campaign – as currently demonstrated in Sudan. If he wins a second term, we can expect more slurs against African countries as well as the withdrawal of US troops from counterterrorism missions. Biden would need to focus on repairing ties with Africans and renewing support for democratic transitions. Geopolitical rivalries, including those with China, will continue to inform US policy on Africa."

"Trump and Biden have fundamentally different migration policy goals. If Trump gets reelected, he will continue to build his wall, shackle legal migration with more red tape, and slash asylum and resettlement. Biden takes the opposite approach. He wants to boost refugee resettlement to 100,000, admit asylum seekers and labor migrants again, and get rid of hundreds of executive orders Trump has signed on immigration. But no matter who wins, the desperately needed immigration reform will remain elusive."

"A potential reelection of Donald Trump would affirm his divisive leadership style, attacks on the free press, and politicization of previously independent bodies. But Trump is more a symptom than the cause of deep divisions in American society. Even if Joe Biden wins in a landslide, his administration will struggle to unite a polarized country, making urgently needed policy reforms difficult to implement. The US political system is broken – with significant implications for the world." 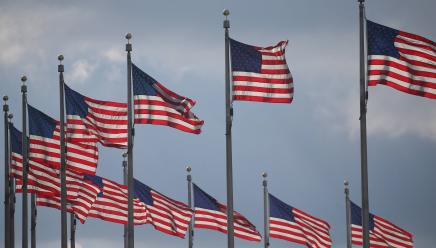