DGAP Experts on German Politics Until a New Government is Formed

The eyes of the world were on Germany as it voted on who will succeed Angela Merkel after 16 years of leadership. While the answer is not yet clear and coalition talks could drag on, DGAP experts have given their initial reactions to key aspects of these elections that relate to foreign and security policy.

Numerous pieces have been written about the last German government, in particular the end of the Merkel Era. But there is no rush for an epitaph. We will continue to see the Merkel rhombus over the next months. No country forms a new government immediately after an election. Instead, the next day, the old government slips into a caretaker role. Although it keeps managing all dossiers, it loses the legitimacy to shape international initiatives or domestic legal acts. Until political leadership again becomes available, bureaucracy will get relatively stronger as it aims to conserve the status quo. Given the fragility of the international environment, this is not good news. Opponents might be tempted to take advantage of this moment of zero gravity when strong political moves by Germany are difficult.

Given that, like in the last decades, Germany will have to form a coalition government, this zero gravity – some might say Götterdämmerung – may persist awhile. As it now stands, there are several options for coalitions. Even if some are more likely than others, party leaders will have to follow the script and talk to all counterparts that are deemed appropriate, both to appease the different wings in their own parties and to show that they fought hard for their positions. While the negotiations can also fail, as they did after the last election in 2017, foreign policy will only play a minor role. So, please, outside world: keep calm and carry on until Germany sees white smoke and can proclaim habemus chancellor.

Germany’s leading parties came in first and second in last night’s elections with the Social Democrats (SPD) narrowly edging out the Christian Democrats (CDU). But two smaller parties, the Greens and the liberal Free Democratic Party (FDP), are positioned to be kingmaker. Consequently, the SPD and CDU are each trying to convince these future coalition partners that it, in fact, is the force that will propel Germany into the future. Although the word that dominated Germany’s election night was “change,” the term is relative – especially in German foreign and security policy. The differences among the parties on key issues related to German foreign and security policy are mere nuances and do not bode a fundamental overhaul. For now, it is the Greens and Liberals who will decide on these nuances.

Both the Greens and FDP strive for a renewal of the transatlantic relationship, but their priorities are different. While the Liberals would like to see a new edition of a transatlantic trade agreement, the Greens have put climate change at the top of their transatlantic agenda. These are also the two issues on which they might differ the most. More common ground could be expected on their positions on China as both parties have advocated for a firmer stance toward Beijing. Washington may, therefore, find a willing partner for its China policy in a German government that involves the Greens and the FDP.

For the past several weeks, Angela Merkel has not only shaped the media coverage of Germany’s elections, but she has also played a role in a thought experiment about France’s presidential race. Time and again, French journalists have speculated how Merkel and her potential successors would do if they were to run for the French presidency in April 2022. The overwhelming answer: Germany’s leading politicians would not stand the slightest chance in France’s political arena. On September 23, hard-left presidential candidate Jean-Luc Mélenchon went head to head with hard-right candidate Éric Zemmour in a widely followed television debate. Admittedly, it was nearly impossible to imagine Merkel or any of the German candidates participating in a similar format.

The French view of Germany in recent years can best be described as a mix between jealousy and pity. In France, German politics are largely seen as a steady but boring sequence of negotiations and compromises that is only disrupted by a handful of decisive moments, such as the decision to open borders in 2015. While Germany’s comparative stability is certainly a source of admiration, the characteristics that dominate its political discourse – namely, the lack of grand visions and clear-cut distinctions between its right and left – would most likely fail to seduce French voters. Yet, as coalition negotiations in Germany begin, the length and outcome of which are difficult to predict, many in France will mourn what they have often mocked in the past.

For Better or Worse: More Merkel on Tech Policy

Post-election, the Merkel government will not play the standard role of caretaker. A typically technocratic Belgian government it is not. Rather, nostalgia for Merkel is likely to grow among the German population in the election’s aftermath, increasing her political capital. This will have two effects. First, also given her experience, she will have even more room for maneuver. Second, it could lift some of the political pressure to quickly reach a coalition agreement. Political parties will feel that Berlin remains in steady and capable hands. In some ways, Merkel’s team is already working hard to establish facts on the ground for Germany’s G7 presidency. Immediately prior to election day, her G7/20 Sherpa was in Washington setting Germany’s international agenda for 2022. She has been trying to shape German-China policy as well.

Perhaps even more compelling now than it already has been for the last 16 years of her chancellorship is where Merkel’s interest will continue to be limited – and that includes tech policy. Her response to the post-AUKUS French indignation that almost derailed the EU-US Trade and Tech Council was passive support for Paris. Her push for deploying German tech industrial policy will remain restrained. While she has a personal interest in establishing Germany’s definition of digital identity as a kind of master key for citizens to use to access digitized public services in the future, it will not have international implications beyond those in cybersecurity and privacy.

Will Nord Stream 2 be Stopped after the German Election?

The new German government will have to decide what to do with Nord Stream 2. Will a ruling coalition with the Greens stop the project because that party is more critical of human rights violations and energy dependency on Russia? Rather not. Even if the rhetoric on Russia shifts, there will only be a few substantive changes on Nord Stream 2. There will be no consensus among the coalition to stop it because that would be too costly, both economically and politically. As chancellor, neither the SPD’s Olaf Scholz nor the CDU’s Armin Laschet have an interest in a major conflict with Russia’s leadership. In both of their parties, there are supporters of the project. Also, German society is rather for building and using Nord Stream 2. Both possible chancellors will have to earn the respect of Moscow and both are less prepared to do so from the outset than Angela Merkel was, given her East German background. Even if the Greens win strong support from the electorate, will that support be strong enough for them to negotiate a coalition agreement that includes a tougher approach toward Russia and a more integrative policy with the countries of the Eastern Partnership? No. As a result, we will see the continuity of Angela Merkel’s policies – also on Nord Stream 2. Therefore, it is up to the EU to regulate this project in such a way that ensures its gas will not only be provided by Gazprom.

To What Extent Will Berlin Continue Merkel’s Legacy of Crisis Prevention in the Balkans?

The transition of power in Berlin will be felt acutely in several hotspots at Europe’s edges, including the Balkans. Chancellor Merkel will still attend the EU-Western Balkan summit on October 6 in a caretaking role. Its agenda was supposed to focus on regional economic development, the EU investment plan, and overcoming the COVID pandemic. Instead, it will be overtaken by events: a new crisis on the Serbia-Kosovo border and mounting tensions in other Balkan hotspots, including Bosnia and Montenegro. These would previously have been managed through phone calls and side meetings of their leaders with the German chancellor. Not anymore. The next few months will require a lot of balanced engagement by the EU.

Germany’s next chancellor, regardless of whether it will be Olaf Scholz or Armin Laschet, will have to decide the extent to which Berlin should continue Merkel’s diplomatic legacy of crisis prevention in the Balkans. Another decision will involve the future of the “Berlin Process,” a flagship diplomatic initiative launched in 2014 by Merkel herself to keep the dynamics of EU integration on track and supplement the “Brussels Agenda” in the region with special focus on economic development and investment into connectivity and cross-border infrastructure.

When Merkel visited the Balkans for her bilateral farewell in mid-September, she left these questions open. Nevertheless, she clearly warned of the growing influence of China and Russia if the EU did not act quickly enough in certain situations. Tactfully, however, she did not mention the competing geopolitical games played by several Balkans leaders – particularly, Serbian President Vucic – who love to play all sides.

Germany’s 2021 federal election marks both the end of Angela Merkel’s 16-year chancellorship and the realignment of German foreign and security policy. It presents an ideal opportunity for DGAP to offer the future German government constructive recommendations for action based on its foreign policy expertise on geo-economics, technology, climate, migration, international order, and security. We invite you to engage in dialogue with us through the publications and events in this dossier. 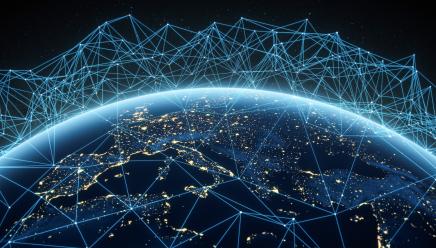