The Russians Who Are Leaving

Regardless of whether Russia wins or loses its war of aggression in Ukraine, the country and its problematic political culture will remain. And while the growing Russian diaspora could play an integral role in domestic reform over the long term, it first will have to prove that it can put realism before nostalgia.

In the broader discussion about Russia’s war on Ukraine, an important but overlooked element is the exodus of Russians from their homeland. Though it is impossible to determine the scale of this phenomenon, we can expect the outflow to continue, especially if the United States pursues a policy to lure highly skilled specialists and sustain a Russian brain drain, as President Joe Biden has proposed.

The Russian diaspora could be a key partner in building a new Russia after Vladimir Putin no longer rules. But the emigrants cannot count on a warm welcome in Europe, where resentment against even “ordinary Russians” is now widespread.

To be sure, the sentiment is somewhat understandable, given that Putin’s “special military operation” in Ukraine apparently commands high support among the Russian public. Such findings from pollsters cannot be ignored. Though the Kremlin has unleashed the full might of its propaganda machine, it is not as though we are living in the 1940s. Russians who want the truth can easily get it.

Still, we should question whether polling data can capture the true state of Russian public opinion, even when it is gathered by the independent, highly respected Levada Center. In a democracy, pollsters ask citizens to rank their preference for multiple candidates, and the results offer a straightforward picture of where the public stands (with a small margin of error). But what are we to make of polls that give people a “choice” between a figure with 83% support and no one else?

To respond “no” is to put oneself outside the bounds of normalcy. Even if you don’t support Putin, you might not want to take the position of being “different from everyone else,” much less be completely candid with pollsters asking politically sensitive questions. Given these complications, the best we can do is to assume that support for Putin is indeed widespread. Though he certainly is not backed by 70-80% of Russians, he may have the support of around half.

But even if it were true that only 10-20% of Russians oppose Putin, that is still 14-28 million people. Why alienate them by issuing broad condemnations of Russian society? Making enemies of these potential allies is neither fair nor politically wise.

Regardless of whether Russia wins or loses the war, it will not cease to exist. More to the point, the problem is not this or that Russian leader (have they really been so different from each other historically?) or “ordinary Russians.” The problem with Russia stems from a political culture shaped by Byzantine Orthodoxy and Mongol domination, and an economy based on raw materials extraction.

These factors all work against democracy. If people’s incomes are derived from natural resources and distributed by the powers that be, what kind of regime should we expect? If changing this model is possible, it will take many years and would require the disintegration of the state, most likely along ethnic lines. It would also require a new mentality in Western Europe, which so often was naive about Russia.

Emigrants would be natural candidates to lead this process, provided that they meet certain conditions. In the past, those who fled from Russia or the Soviet Union abhorred the regime but shared the belief that Russia can and should truly be great, which a priori means that it includes Ukraine; even dissidents like Aleksandr Solzhenitsyn and Joseph Brodsky thought this way. If the most recent cohort of emigrants shares this view, there is nothing to talk about. The West should do them no favors.

But let us hope that today’s emigrants are different or can change their position. An interesting point of reference is the story of Polish emigration after 1945. For a long time, Poles clung desperately to their long-lost status as a regional power, harboring illusions that Lithuania, Belarus, and parts of western Ukraine belonged in Poland.

They pointed out that up until 1939, Wilno (now Vilnius, the Lithuanian capital) and Lwów (now the Ukrainian city of Lviv) were within Polish borders. And many Poles even dreamed of restoring the Polish-Lithuanian Commonwealth that existed before the partitions of 1772-95. Even today, if Poles are being honest, they will admit that while they consider the Russian bombardments of Kharkiv and Kyiv to be tragic, they see the threat to historical buildings in Lviv as being far worse.

After World War II, the largest share of Polish emigrants went to London, but they retained a sense of possessiveness over what had been lost. Many spoke of “Lwów-i-Wilno,” just as Russians still insist on “Krymnash” (“Our Crimea”). Anyone who accepted that Poland’s eastern border lay on the Bug River was considered a traitor.

Only very slowly did a wise alternative to this way of thinking emerge. It started in Paris, where a small center organized around the Literary Institute and Jerzy Giedroyc’s Kultura magazine began to formulate a doctrine known as the “ULB,” which stated: “There will be no independent Poland without an independent Ukraine, Belarus, and Lithuania.”

The point was not to advance some starry-eyed cosmopolitan vision. Rather, ULB was about hard political realism: If Poles continued to fight the nations between Germany and Russia, they would continue to lose. Only by cooperating could the smaller nations of Central and Eastern Europe strike out for independence. This insight now serves as the foundation of Polish foreign policy (even for the current nationalist government), and one can imagine a future in which it would be embraced by “ordinary Russians.”

This text was first published by Project Syndicate on June 13, 2022. 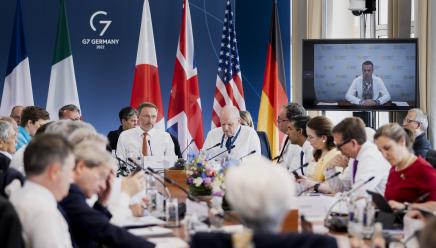