The Rocket Attack That Wasn’t

Firmness and unity on the part of the West are essential to Ukraine’s defense and Russia’s defeat, which may decide the fate of the world for decades. But the recent explosion in Poland triggered an astonishing sequence of events, driven by astonishing bungling by everyone but the Americans.

The rocket strike that killed two Poles near their country’s border with Ukraine on November 15 proved to be a test not so much of defense policy as of the information policy of Poland, Ukraine, and NATO. Only the Americans passed. The European allies and Ukraine floundered, revealing a shocking lack of preparation for a scenario that could have been predicted almost from the beginning of the war.

Poland is the largest country on NATO’s eastern flank and serves as the most important logistical hub for a war that concerns almost the whole world. Firmness and unity on the part of the West are essential to Ukraine’s defense and Russia’s defeat, which may decide the fate of the world for decades. Tuesday’s explosion in Poland, however, surprised everyone except the United States, and triggered an astonishing sequence of events, driven by astonishing bungling.

Poles learned about the rocket impact, which took place at 3:40 p.m., a little before 8:00 p.m. from the Associated Press. The Polish government remained silent until after midnight, when the foreign ministry issued a statement claiming that the incident involved a “Russian-produced missile” and demanding an explanation from Russia’s ambassador. The government placed some military units on combat alert.

Then, when Prime Minister Mateusz Morawiecki and President Andrzej Duda addressed the public, they did not explain the origin of the rocket, fueling widespread suspicion that this had been an attack (intentional or not) by Russia. Many of the three million Ukrainians living in Poland, 85 percent of whom are women and children, came to believe that the war they fled was about to catch up with them.

When Poles received new information, it was from the Americans. At 4:00 a.m., Polish time, President Joe Biden revealed that the missile was probably fired by Ukrainian air-defense forces in the face of a Russian barrage. Duda mentioned this only on the afternoon of November 16, when the public was reassured for the first time that “Poland was not the target of an attack by Russia.” The Polish authorities, not knowing what to do with the fact that the rocketman is of Ukrainian origin, waited for an announcement from the Americans.

In the meantime, confusion among Poland’s European NATO allies was growing. Some had already accused Russia, and some heads of government convened extraordinary government meetings, as in Hungary.

The impression that Russia really had struck Poland was strengthened by the Russian foreign ministry. In the immediate aftermath of the initial American reporting on the explosion, the Russians applied their usual formula and alleged a Western provocation.

By contrast, the Western responses, however misguided, were right about the sole party responsible for the missile strike. As NATO chief Jens Stoltenberg emphasized, “Ukraine has the right to defend itself against Russia’s illegal war of aggression.”

But then came an unexpected rift between NATO leaders and Ukraine. “I have no doubt that it was not our rocket,” President Volodymyr Zelensky declared, adding that Ukraine had evidence and demanding access to the investigation. Surprised, Poland and its NATO allies refrained from commenting on Zelensky’s statement, evidently waiting for greater messaging coherence.

Zelensky’s rigidity may also reinforce the impression among some Western leaders that the Ukrainian authorities are behaving arrogantly while Europe is not only paying for arms and humanitarian aid, but also suffering from record inflation, which in Poland is approaching 20 percent. For example, if Hungary under its pro-Russian prime minister, Viktor Orbán, had been in Poland’s position – serving as the main conduit for armaments, energy, food, and other supplies flowing to Ukraine – Russia almost certainly would have prevailed by now.

Following the latest Russian missile barrage, the EU should strengthen the ninth package of sanctions against Russia, which Orbán has predictably opposed. But the explosion in Poland may make Hungary – Poland’s closest ally within the EU – more compliant.

Another obvious consequence should be NATO’s strengthening of air defenses over its eastern flank. Warsaw, the Polish capital, has only a Soviet-era system, built in the 1960s and 1970s. Poland has purchased eight Patriot anti-missile batteries from the United States, but they will not arrive for another decade, and the two that are already in place won’t be ready to use until 2023, at the earliest.

The transport routes carrying US arms to Ukraine and the transmission line that connects Ukraine with the EU’s energy system (which, incidentally, runs very close to the site of the recent explosion) are well within range of the Russian missiles raining down on the other side of NATO’s eastern border. The recent explosion in Poland was an accident. The next one may not be.

Zelensky knows this, so, after two days he has already begun to say that he is not completely sure about the origin of the rocket that fell in Poland. The origin may not have been Russia, but the explosion certainly originated there.

This text was first published by Project Syndicate on November 18, 2022. 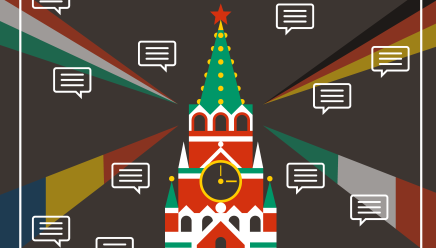