This online text is the executive summary and introduction of the DGAP Report “Russia‘s War in Ukraine: Rethinking the EU’s Eastern Enlargement and Neighborhood Policy.” Download the full report including footnotes here.

Russia’s full-scale invasion of Ukraine in February 2022 has upended not only the post-Cold War European security order but also the foundations of the European Union’s eastern Neighborhood Policy.

With its June 2022 decision to give Moldova and Ukraine membership candidate status and to acknowledge Georgia as a potential candidate, the EU rejected the idea of a Russian sphere of influence in the eastern neighborhood. It opened the path for further enlargement with these countries that have become known as the Association Trio (in reference to the Association Agreements that the three have signed with the EU). This decision ended the EU policy of compromise with Russia that for too long ignored the country’s confrontational actions in the “shared neighborhood,” which inevitably put the two sides on a collision course. Even after Russia’s illegal annexation of Crimea in 2014 many EU member states ignored or underestimated President Vladimir Putin’s desire to enforce Russia’s imperial policy at all costs, including with military means. While EU decision-makers did not respond adequately and decisively to the 2014 escalation by Russia and the subsequent military conflict in eastern Ukraine, last year’s decision to open the accession process with the Trio marked a watershed moment in the EU’s eastern policy.

The war has finally shattered old illusions in Berlin, Paris, and other (mostly Western) European capitals about Russia’s true intentions in the “shared neighborhood.” It has also underlined how much of a security threat Moscow’s imperialist ambitions pose for democracy and security in Europe. But, while the war has helped European leaders to unite on a more strategic perspective towards Moldova, Georgia, and Ukraine, to impose severe sanctions on Russia, and to decouple from Russian hydrocarbons, it has not yet led to a new neighborhood and enlargement policy.

The way forward for the EU will build on two significant policy shifts that happened in 2022. First, the decade-old red line of not extending enlargement further east was crossed. As a result, the future EU will be bigger and more Eastern European than before, which for some member states, such as France, is a historical turning point. Second, the separation between enlargement and the Eastern Partnership (EaP) was overcome and the two will now be intertwined.

In late 2022, the EU and its eastern partners (without Belarus) agreed to keep an “adjusted” EaP in place, making it more flexible and fitted to the new geopolitical realities. There is a broad consensus that an “adjusted” EaP should not slow down the accession track of the Association Trio, whose governments can develop bilateral programs with the EU while pursuing further regional cooperation. For different reasons, Armenia and, partly, Azerbaijan have expressed their interest in preserving the EaP as a regional framework. In the long run, this also makes sense for a future free Belarus (a development that will depend a great deal on the outcome of Russia’s war against Ukraine). But, while such flexibility might be good to address short-term challenges and a fast-changing reality, the EaP’s institutional design and its decision-making procedures will still require a serious upgrade.

In the accession process, existing formats had already reached their limits with the lack of political will and obstructionism by several member states that brought progress to a standstill. This has cost the EU a lot of credibility in the Western Balkans, but it is also closely linked to the very divisive issue of EU internal reform, which will take a long time to resolve.

After the epochal events for Europe last year, it will be crucial for the EU in 2023 to rethink enlargement with the Association Trio and the future of an “upgraded” EaP. This is not only a task for the European institutions in Brussels, or for Sweden and then Spain as holders of the Presidency of the Council of the EU this year. It is a common challenge for the 27 national governments and the broader foreign policy community in the EU as well as in partner countries.

First, the EU accession process needs to be upgraded to provide tracks for deepening the political integration of the candidate countries through “staged accession.” In the meantime, the Association Trio should advance their economic integration using all available formats and policy frameworks under their existing Association Agreements with the EU. Both tracks can work in complementary ways.

Second, the EaP framework needs a security dimension to stay relevant. The EU should become more engaged in efforts to manage and to resolve the protracted conflicts in the region, as well as deepen security cooperation with the EaP countries.

Third, an “upgraded” EaP could strengthen the EU’s connectivity agenda, linking the Black Sea region, the South Caucasus, the Caspian region, and Central Asia. This would bring the post-Soviet countries closer to the EU not only economically but also in terms of norms and standards.

Fourth, as Russia’s power and dominance in the post-Soviet region continue to diminish in the long run, the EU will need a Wider Eastern Neighborhood Policy that includes Central Asia.

Program
Center for Order and Governance in Eastern Europe, Russia, and Central Asia
Think Tank Network on the Eastern Partnership

Dr. Stefan Meister
Head of the Center for Order and Governance in Eastern Europe, Russia, and Cent…
Twitter
@meistefan1

Dr. Steven Blockmans
Director of Research at CEPS in Brussels, and Senior Fellow at ICDS in Tallinn 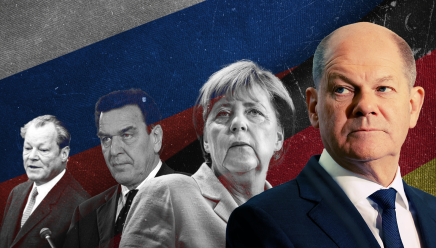