What If States Realized Their Societal Goals Through Alliances Built on Critical Raw Materials?

This scenario explores what could happen if groups of states joined forces with like-minded allies to realize societal goals that can only be attained through an ample supply of raw materials: decarbonization, militarization, digitalization, and securing enough energy to bolster emerging middle classes. By 2030, four alliances emerge. Each one aims to accomplish its own discrete goals, and all are alienated from the others. The EU, which belongs to an alliance of circular economies, asks itself what steps it can take to promote the global stewardship of public goods and civil liberties.

One Alliance Outperforms Its Green Deal, But What About the Other Three?

On June 5, 2030, CENAT President Bryndís Kjartansdóttir proudly announces the alliance’s latest achievements. Mandatory service models have massively increased product takeback and repair, resulting in recycling rates exceeding 90 percent. Renewables account for 85 percent of energy supply thanks to wind farms along the shores of Scandinavia and solar panels across the Northern Sahara. In short, CENAT has outperformed the expectations of its Green Deal.

The energy production of PATRONOS, by contrast, is reliant on oil and fracking gas. This alliance has developed the world’s most powerful army. It is, for example, equipped with high-tech jet engines containing rhenium and combat drones built with magnesium alloys.

ASCENT’s trade policy is characterized by strictly enforced export restrictions on oil, cobalt, and graphite. These resources secure the basis for ample energy supply and storage capacity, providing a high standard of living for many citizens of the alliance’s member states. These citizens live together according to their traditional societal values. Alleged human rights violations in parts of ASCENT are a source of concern for CENAT.

CRAB, like CENAT, invests heavily in new technologies that help reduce environmental impacts and foster digitalization. CRAB pursues a “command welfare” program, a system of electronically surveying and nudging its citizens, that has successfully decreased poverty and pollution while increasing health and safety. Its quickly evolving digital and robotic systems require a vast range of raw materials that are provided by a domestic supply of rare earths and niobium. Thanks to its powerful IT capabilities, CRAB can exert influence abroad, which increasingly worries CENAT.

The Roots of Global Separation

In 2024, the United States left NATO immediately after the reelection of Donald Trump. While Russia continued to attack Ukraine, Trump had rejected previous support and successfully campaigned with the slogan “not our war, not our business.” His administration formed a “coal union” with Australia to decrease economic dependencies and revive old industries. Its expansion to Central and South America led to the founding of PATRONOS, an alliance aiming to provide freedom of opportunity for every citizen through economic liberalism protected by military capacity. The recovery of rare earths from the alliance’s coal mines supports its militarization, e.g., by contributing to high-performance electric motors for defense purposes.

In 2025, Russia, China, and Brazil left the WTO to form their own customs union, CRAB. Its goal was to provide comfort for its citizens – including clean air, enhanced access to education and health care, and mobility for a quickly growing middle class – while maintaining societal control through powerful AI algorithms and closely-meshed public surveillance. China’s quasi-monopoly in rare earths production, export prohibitions, and supplementary measures like deep-sea mining of cobalt in the western Pacific enable CRAB to quickly deploy new technologies.

To counter the modification of social structures by globalization and engage in relations based on a shared rejection of supranational jurisdiction and interference, India, the UK, South Africa, Saudi Arabia, and other nations formed their own alliance, ASCENT. Its indigenous supply of oil, cobalt, graphite, and platinum group metals gave it a stable base from which to produce and store enough energy to build luxurious megacities in the Rub’ al Khali and Thar Desert. Although citizens of ASCENT’s member states – not least those confined to the mines – continue to complain of inequality, many appreciate their conservative values and broad range of consumer choice.

Meanwhile, the EU, Canada, North Africa, and other former WTO states established the trade alliance CENAT. Taking the EU’s Critical Raw Materials Act to the next level, industries throughout the alliance formed supply chain conglomerates. These conglomoerates increasingly cooperate with the government to create service models with mandatory takeback regulations on materials defined as critical.

A Sustainable Democratic Alliance in an Unsustainable World

In 2030, life in CENAT is comfortable, but not everyone is content with the regulations that secure indigenous resource supply, e.g., the strictly enforced return policies on products such as electric razors and fitness trackers. Certain raw materials – particularly those related to low-carbon energy production – are allocated to “priority sectors” defined by the government. Such allocation means that everyday products that rely on the same materials are regularly in short supply. Critics of state interference sympathize with the economic liberalism pursued by PATRONOS; others envy the increasing welfare in CRAB or the cultivated traditions in ASCENT. Europeans can only vote with their feet, but increased migration among the four economic blocs fuels social unrest and post-fascist tendencies.

While the EU continues on its path toward increased sustainability, the global goals of the Paris Agreement – from which most signatories have withdrawn – have become unattainable. International observers agree that there has been a global backlash against both civil liberties and international cooperation, but they disagree on whether progress can be made through reinforcing neglected supranational structures such as the UN or grassroot movements that demand more diverse intra-bloc policy objectives. Or whether there can be a way out at all.

Programm
Strategic Foresight
“What If” Series 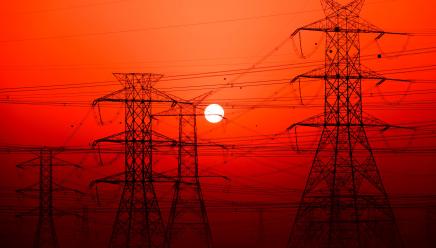