You can download full report published by the Utrikespolitiska institutet as a pdf here.

Azerbaijan’s victory in the Second Karabakh War, and its regaining of territory around and partly from the disputed region is not the end, but a new stage of the conflict between Azerbaijan and Armenia. A peace agreement is still far away. Prospects for new connections and trade routes are being challenged by the fragile security situation on the ground, the concerns of several regional states and other unresolved questions. With its “peacekeeping forces”, Russian now has troops on the ground in all three states of the South Caucasus. Turkey is increasingly challenging Moscow in the latter’s perceived sphere of influence.

Military means and authoritarian conflict management might create new geopolitical facts, but will not be able to reconcile the conflict parties. The need for re-engagement and a bigger role for the EU in the region has increased, but without the political will among member states to really strengthen its role in the neighbourhood, nothing will happen. All this plays into the hands of the national elites that gain from the conflict and enemy paradigm. The same is true of external players such as Russia and Turkey, which understand this conflict first and foremost as a part of their power politics.

This text was first published as the SCEEUS Reports on Human Rights and Security in Eastern Europe No. 8 by Utrikespolitiska institutet in November 2021. 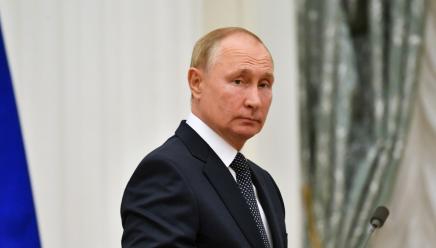 The Russian Duma elections show just how much the country has transformed into an authoritarian state. The new German government will need to adapt and take the future of German-Russian relations more seriously.