For a New Health Partnership with Africa

The European Union has given too little attention to the issue of health as a component of its rapprochement with Africa – thus leaving “vaccine diplomacy” to authoritarian states. That could usefully change. In the short term, that would mean giving a fixed share of its COVID-19 vaccines to Africa and helping build up vaccine production there. In the long term, improving health systems should really become an integral part of European economic and development policy in Africa.

How Germany and the European Union manage the COVID-19 pandemic has implications for their standing and weight in the world. For a long time now, the domestic debate here in Europe was focused on the effectiveness of national measures to cope with the pandemic. Only now is attention again shifting to the situation outside Europe. The debate about the plight of people in India contributed to this, as did the more recent discussion about setting up vaccine production facilities on the African continent.

In most African countries, initial fears of a large and sustained COVID-19 outbreak have so far failed to materialize. In her interview in our journal, Internationale Politik, the World Health Organization (WHO) Regional Director for Africa, Dr. Matshidiso Moeti, explains why. But the pandemic has nevertheless had severe consequences for Africa's economic and social development. And the health sector itself has been disrupted: many vaccination campaigns have been interrupted, inviting increased infection and mortality rates from malaria, measles, and polio. Moreover, the longer the global pandemic lasts, the greater the risk that COVID-19 will have a major impact on African countries after all.

Because of the risk of further mutations of the virus emerging in Africa and elsewhere, a rapid global vaccination campaign is needed. To this end, the WHO has created the COVID-19 Vaccines Global Access initiative, referred to as COVAX. And by supporting the WHO’s notion of vaccines as a global public good as early as spring 2020, the EU sent a clear signal that vaccines must benefit everyone worldwide, in line with the motto: nobody is safe until everybody is safe.

European countries are still among the largest contributors to COVAX, at least when it comes to financial support. But it is important that EU member states also provide vaccine doses. After all, COVAX can only purchase as many vaccine doses as are available on the global market. And, in recent months, the lion's share has been snapped up by wealthier nations. WHO Director-General Tedros Adhanom Ghebreyesus has said that, so far, more than 80 percent of the available COVID-19 vaccine doses have gone to “high and upper middle income” countries; as of May 10, the African continent has received only two percent of available doses.

COVAX has sourced a large portion of these vaccine doses from India, where AstraZeneca manufactures them under license, and it has then provided them free to African countries. But the current halt in exports of the AstraZeneca vaccine by India, which urgently needs the vaccine for its own population, means that COVAX now has significantly fewer doses available.

In February of this year, French President Emmanuel Macron called on the EU and the US to give four to five percent of their vaccine doses to developing countries, with a special focus on their neighboring regions. And then, on May 21, as the crisis hit India, EU Commission President Ursula von der Leyen announced that the EU would provide 100 million vaccine doses by the end of the year, including 30 million each from Germany's and France's stocks.

Growing international pressure on donor countries has helped prompt these promises, but so too has the gradual saturation of vaccine demand in Europe. All manufacturers have ramped up production, and EU member states are expected to receive sufficient vaccines for their own populations in the next two to three months. Now is the right time to make a public commitment to supply vaccines to countries outside the EU, especially to the immediate European neighborhood and Africa.

Helping People to Help Themselves

It is important for the EU to go beyond a one-off commitment for a fixed number of vaccine doses by the end of the year, and to give Africa a long-term perspective. The EU should be able to do this without difficulty, as it has already secured large quantities, especially of BioNTech, for the coming year. It should be willing to share these, not only for humanitarian reasons, but also for political. It would be unwise for Europe to leave the field to authoritarian countries that seek to instrumentalize vaccines for their own interests and to create economic and political dependencies. It is true that, over time, this problem will become less acute: The more vaccines that come onto the market, the less individual states (or producers) will be able to use the vaccine to pursue their own goals.

In the long run, of course, Africa wants to build up its own vaccine production. Of the approximately 1.3 billion vaccine doses (against malaria, polio, measles, etc.) that the world needs each year, about 25 percent are used in African countries. But 99 percent of these vaccines are imported, with only one percent produced in Africa itself, according to Africa Centres for Disease Control Director John Nkengasong. That's why in April 2021, African Union (AU) leaders set a goal of producing up to 60 percent of all vaccines needed in Africa themselves by 2040. It is an ambitious target, and the hope is that the vaccines will be produced at central locations in five regions of Africa, from where supplies can be secured for all African countries. The AU has so far mentioned Senegal, South Africa, and Rwanda as possible production sites.

At the global health summit on May 21, the EU pledged support to African countries for the development of vaccine production and held out the prospect of one billion euros for this purpose. France and Germany also want to make a special contribution here. French President Macron and German Health Minister Jens Spahn jointly unveiled a Franco-German vaccine initiative in South Africa on May 28 to work with the EU to help set up production facilities in Africa. Spahn pledged German aid of 50 million euros; Macron also promised to work to temporarily lift patent protection on COVID-19 vaccines – a controversial position within the EU that the German government does not share.

The current focus on vaccines is too narrow. The EU cannot afford to lose sight of capacity-building for diagnostics and medicines in partner countries. Diagnostics and medicines are vital in a crisis, but they also support pandemic preparedness and are thus part of the general strengthening of health systems. Likewise, surveillance and early warning systems play an important role, and the EU and AU can work together to develop them. In all of this, the EU must build on initiatives and engagement from Africa, and must combine the individual efforts of EU member states, ensuring that national actions do not run alongside or duplicate each other but are properly intertwined.

The goal of coherence likewise means that health policy measures – based on the "One Health" approach – must be closely linked with the rest of European development policy. There are good reasons for this. Health systems can only be strengthened if access to clean water and sanitary facilities is ensured, and this is partly a function of development support. This is where France wants to make a further contribution. In Johannesburg in May, Macron said France wants to provide a total of 500 million euros in additional development aid by 2023, primarily for the areas of health and digital technology. It is important that this French initiative be part of a broader European package.

Finally, the EU should include in its considerations another aspect that Moeti pointed out in her interview with Internationale Politik. The WHO regional director warned that, “Extremist groups have included COVID-19 in their narratives to gain more support and have used movement restrictions to increase their influence on transport networks and essential services....” Non-state actors, including terrorist organizations, are filling the vacuum left by governments in fragile states to pursue their interests. The faster the EU acts, the less room there is for such actors.

What Europe Should Do

It is in the EU's urgent interest to support Africa in the fight against COVID-19 and to strengthen African health systems in the long term. The EU needs a coherent approach involving private companies and civil society.

In the short term, the EU should commit fixed shares of its available vaccines to partner countries, particularly in Africa, focusing on vaccinating medical personnel and particularly vulnerable groups, such as refugees and people in crisis areas.

In parallel, the EU should help Africa build up its own vaccine production – not only against COVID-19 – and similarly, it should help build laboratory and diagnostic capacity, as well as drug production and the joint development of surveillance and early warning systems.

Beyond individual measures, the EU should make the strengthening of health systems an integral part of its economic and development cooperation. This could be agreed upon with African partners at the next EU-Africa summit, due to be held later this year.

The English version of this DGAP Online Commentary was published on June 11, 2021. 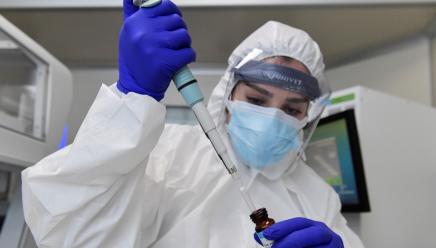