Dare to Make Progress on Health, Sustainability, and Trade

A look at what needs to be done and what can realistically be achieved as Germany leads the G7 in crisis-ridden 2022.

The G7 presidency is an important opportunity for the new German government to globally advance its policy goals on a broad range of issues. It is also the first international litmus test for the new coalition of the Social Democratic Party (SPD), Alliance 90/The Greens, and the Free Democratic Party (FDP). There is no shortage of topics that the G7 need to tackle under German leadership: The new Omicron variant has put health high on the agenda again, coupled with the issue of economic recovery. Another priority for Germany has long been climate change. The Greens are now part of the governing coalition, and they will invest a lot of political capital to achieve meaningful outcomes . Another major discussion will be on the way of how to deal with authoritarian and non-market economies such as China. Particularly the Greens want to connect economic issues more closely with human rights and values. The three “Cs” – Covid, Climate, China – will thus continue to dominate the G7 agenda, with further topics being infrastructure, digitalization, and supply chain security.

After the successful G7 summit in Elmau (2015), the new German government has picked the same location for this year’s summit in June. The riots in Hamburg at the G20 summit in 2017, when Olaf Scholz was mayor of the city, influenced the choice of the more reclusive venue. But this is not the only reason. Chancellor Scholz wants to show that his government stands for continuity. And he also wants to pick up on the success of the Elmau declaration, in which the G7 stressed the importance of keeping global warming below 2°C and agreed to decarbonize the global economy over the course of this century. This was important to help secure the adoption of the Paris Climate Agreement later in 2015. During the German presidency, the G7 also committed to “the elimination of inefficient fossil fuel subsidies.” In his recent New Year’s Speech, Chancellor Scholz emphasized: “We will use our presidency to make this group of states a pioneer. A pioneer for climate-neutral business and a just world. International cooperation is important. In a world that will soon have ten billion inhabitants, our voice will only be heard if we join forces with many others.” According to the Press and Information Office of the Federal Government, the German government wants to pursue a focused agenda, concentrating on the essentials. This was also reflected in the minimalistic logo of Germany’s G7 presidency.

Seven years after the last G7 presidency, the new German government, which emphasized in its coalition treaty that it wants to “dare more progress,” will want to achieve major breakthroughs in the G7. Chancellor Olaf Scholz stressed for his chancellorship: “We are not concerned with a policy of the lowest common denominator, but with a policy of great impact. We want to dare to make more progress.”

What needs to be done and what can realistically be achieved? Managing the coronavirus pandemic and being better prepared for future health crises is again high on the agenda for all G7 member states. But this needs to be seen as a global issue. The access to vaccines and health care is still very unevenly distributed around the world. Particularly in African countries, the overall vaccination rate is alarmingly low. Limited production capacities for vaccines, insufficient distribution networks, and inadequate testing facilities pose huge problems in most developing countries to effectively fight the pandemic. However, despite the common concern, the issue is far from easy in the G7. Particularly controversial were patent rights for vaccines (TRIPS waiver): While the Merkel government was opposed to the waiver, US President Biden generally supported the idea. Particularly India and South Africa push for this issue at the World Trade Organization (WTO). The Greens and also the SPD are sympathetic to their cause; the EU so far has voiced its concern and offered a compromise proposal. The new German government together with the G7 countries need a coherent answer to the waiver as well as a significant increase in vaccine distribution and production capacities to make this summit worthwhile.

In addition, concrete outcomes on climate change are needed. Otherwise, the credibility of the new German government and the G7 as a group of like-minded countries would be compromised. At the Leaders’ Summit in Cornwall last year, the G7 countries agreed to raise their contributions to honor the pledge of developed countries to provide 100 billion US dollars annually to help poorer countries to cut carbon emissions and cope with global warming. But the Leaders’ Declaration lacked concrete numbers. The G7 also committed to collectively cut CO2 emissions by half by 2030 based on 2010 levels. But the rather vague statements on core elements of the green transition put a question mark behind this ambition. For example, the G7 could not agree on a concrete date for the phase-out of coal power generation. In addition, while the G7 re-affirmed their 2016 commitment to eliminating inefficient fossil fuel subsidies by 2025, they did not agree on a clear road map. And the phrase “inefficient” leaves a backdoor open for continuous support. The expectations will be high that Germany delivers on all the points above.

China and the WTO

As the G7 justifies its existence as a values-based group of democratic market economies, China will feature – directly or indirectly – in all the discussions. This includes topics like human rights, sustainability, technology transfer, and supply shortages. China had been a hot topic already during the UK’s G7 presidency. In the Leaders’ Declaration, the G7 underlined that they “will continue to consult on collective approaches to challenging non-market policies and practices which undermine the fair and transparent operation of the global economy.” Without doubt, the G7 infrastructure initiative is designed as an answer to the Chinese Belt and Road Initiative. How these commitments translate into concrete actions is a question yet to be answered. US President Biden is pushing for a tougher stance against China, connecting trade and supply chains with labor rights and sustainability standards. This has long been a major point for the Green party. Foreign minister Annalena Baerbock strongly supports the initiative of the European Parliament to ban the import of all products, which were produced with forced labor. Chancellor Olaf Scholz, on the other hand, told President Xi, for example, that he wants to deepen economic ties with China. It is thus unclear, how confrontational the new German government will be – also in the context of the G7. The G7 will certainly put the new government and those who make foreign policy (the Chancellery or the Foreign Ministry) to the test.

One aspect that is related to China and where the G7 can and should make a difference is the reform of the WTO. The multilateral organization guarantees a transparent and rules-based global trading system and is therefore the right venue to deal with market-distortions by China. The new German government promised in its coalition treaty: “We support the strengthening of multilateralism and the further development of the World Trade Organization (WTO), including the renewal of the rules on market-distorting subsidies, the lifting of the blockade on the dispute settlement mechanism, and an alignment with the Paris Agreement on Climate Change and the Global Compact.” A new commitment to integrate sustainability rules in the WTO and a work program for the reform of the Appellate Body, as well as a commitment to a new initiative on tariff-free trade in medical products, could make a huge difference. It could pave the way for reform commitments at the G20 and give the WTO reform a much-needed new impetus.

A Thorny Road Ahead

The G7 is a great chance for the new German government to prove itself and “dare more progress.” But the challenges are also great. And they could be even greater if the conflict between Russia and the Ukraine escalates further, which could easily derail the agenda. Given the multitude of global crises the G7 is facing, it remains to be seen if the agenda can really be as minimalistic as the new G7 logo. And it will take some considerable efforts to forge compromises in critical areas. In the end, the G7 will need to focus on the issues on which it can have an impact in order to advance global governance. As such, it needs to work closely together with other governance for like the G20.

This article was originally published on January 19, 2022, on the blog of the German Development Institute/Deutsches Institut für Entwicklungspolitik (DIE) here. 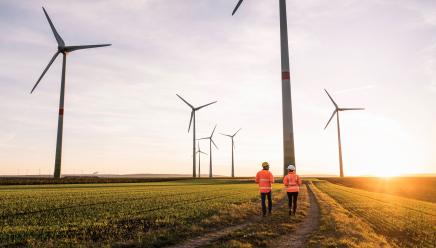