Despite the power shift in the White House, the U.S. view of the long-term relationship with China has far from changed - and China is today viewed as enemy no. 1. This has consequences for the European Union and Germany alike. While the EU is ready to rebuild the partnership with the United States, the question of how to deal with China is a centerpiece in this effort. Germany plays a pivotal role in defining both the EU’s China policy as well as transatlantic relations. The German elections in September 2021 thus function as a signpost for both.

Look, I predict to you, your children or grandchildren are going to be doing their doctoral thesis on the issue of who succeeded: autocracy or democracy? Because that is what is at stake, not just with China.”[1] This is how U.S. President Joe Biden outlined his view of the long-term relationship with China. Those who hoped that the geo-economic rivalry between the U.S. and China might diminish during his presidency will thus be disappointed. Instead, Biden focusses not only on economic and trade issues, but on human rights, labor, and sustainability issues as well. China is seen not only as an economic competitor but as a systemic rival which challenges the place of the United States in the world as hegemonic power. This is a view widely shared by the population. According to different polls, China is today viewed as enemy no. 1.

Where does this leave the European Union and Germany? The German government supports the EU trade strategy of "open strategic autonomy", which places greater emphasis on the Union’s ability to assert its power and influence and to defend its economic interests and values. While the Trump years have left deep wounds in the transatlantic relationship, the EU is ready to rebuild the partnership as the EU-U.S. Summit in June 2021 clearly showed. How to deal with China is a centerpiece in this effort. Germany plays a pivotal role in defining both the EU’s China policy as well as transatlantic relations.

In mid-July 2021, Chancellor Angela Merkel and President Biden reaffirmed their commitment to consolidate/deepen bilateral cooperation between the United States and Germany, agreeing on the Washington Declaration.[2] Regarding China, they want to ensure that the major technological innovations of this century advance democratic governance rather than authoritarianism. In addition, both sides set up a Climate and Energy Partnership as well as a US-German Economic Dialogue and a U.S.-German Futures Forum. The new dialogue formats will provide a good basis for addressing current economic and trade issues such as Nord Stream 2, cooperation on investment screening (vis-à-vis China), export controls, the development of sustainable supply chains, as well as the critical expansion of 5G/6G and the role of Huawei.

However, Chancellor Merkel has a more optimistic view of China than Biden. In 2020, China was Germany’s most important trading partner for the fifth year in a row, with trade in goods valued at 212.7 billion euros. As such, Germany has no interest in decoupling from China. Merkel also wants to ratify the Comprehensive Agreement on Investment (CAI) with China as soon as possible as she believes rules can contain Beijing. She also stressed in the context of the G7 that there is a need to deal with China’s non-market trade practices and human rights abuses. The EU defines China as a partner, competitor, and rival. Merkel also sees China as a competitor but has not given up on Beijing becoming more of a partner again.

It is important to quickly kick-start the new German-U.S. dialogue fora to ensure that no valuable time is lost.

What will happen after the German elections in September 2021? Independent of the outcome, the partnership with the United States will remain a center piece in Germany’s foreign, security, and foreign economic policy for all major parties. The CDU and its candidate Armin Laschet have a long-standing tradition of transatlantic cooperation. The SPD (and its candidate Olaf Scholz) declared they want to establish a partnership of equals with the United States. In addition, the Bündnis90/The Greens, which is expected to be a possible coalition partner in  government, is looking forward to closer ties with the United States. Annalena Baerbock, the Green’s candidate for Chancellor and Robert Habeck wrote in January 2021 about the transatlantic partnership: “After wasted years of disruption, unwinding, and geopolitical self-deprecation, we […] have a shared opportunity to forge a new democratic social contract: a new environmental, economic, and social agenda.”[3] It is thus very likely that the new dialogues which Merkel and Biden set up will continue. At the same time, the relationship will not be easy. It will take years to rebuild trust and understanding as many Germans fear the United States will remain an unreliable partner given its polarization in politics as well as its society as a whole.

The next German government will likely take a tougher stance on China. The Green party is already very outspoken, strongly connecting economics and trade with sustainability and human rights issues. Reinhard Bütikofer (Green MEP in the European Parliament) was already targeted by Chinese sanctions in March 2021. The SPD as well as CDU candidate Armin Laschet stressed that China was a competitor and systemic rival. Over the last few years, risk perceptions have changed in the German business community. Hardly anybody believes in the mantra of ‘change through trade’ anymore. The next German government will therefore very likely further strengthen the investment screening mechanism and reconsider the decision to include Huawei in the 5G/6G expansion. Also, German support for CAI might waver.

At the same time, the Biden administration has also been clear that China will be indispensable in solving today’s global problems, such as climate change and pandemics. Thus, Germany and the United States could meet each other halfway as regards their China policy, opening  new room for cooperation.

The timing of the rebuilding of the German-U.S. partnership is tricky. It will likely take a few months until the next government is formed and the positions in the respective committees in the German Bundestag are filled. After that, the new government will likely  focus on domestic and European issues. The United States will also shift towards domestic issues in the face of the upcoming mid-term elections in November 2022. As such, it is important to quickly kick-start the new German-U.S. dialogue fora to ensure that no valuable time is lost.

For footnotes, please refer to the original article.

This text was first published on September 22, 2021 by ISPI (Istituto per gli Studi di Politica Internazionale). 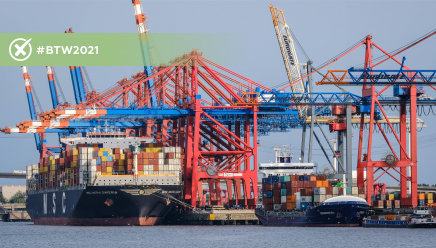