Almost one year ago Russia’s so-called “sovereign internet law” went into force, making headlines all over the world. An important milestone in and of itself, this law is just one move in the Kremlin’s drive for more autonomy and state control over the internet infrastructure and with it, information flows within Russia’s borders. Russia is not the only country pursuing digital sovereignty, but its chances for genuine independence are uncertain at best.

Over the past few years, Moscow has introduced a robust legal framework and a plethora of regulations meant to chart Russia’s future digital sovereignty. The legislation includes a data localization law and a law legislating import substitution for IT products used by government agencies, state-owned corporations, and critical infrastructure. There is a draft law aiming to replace foreign encryption protocols of the World Wide Web’s Russian segment with domestic ones and a government plan to use only Russian-made systems and software in building the country’s fifth-generation cellular network, 5G.

The Kremlin has long sought to achieve independence from rivals and strengthen its security in the cyberspace. Both the 2000 and the 2016 versions of Russia’s Doctrine of Information Security recognized Russia's dependence on foreign-origin IT and stated that domestic manufacturers were lagging behind their international counterparts.

Several developments later strengthened Russia’s resolve to achieve cyber sovereignty. They included Edward Snowden's 2013 revelations about mass surveillance in the United States special agencies deployed domestically and in partner countries; the West’s 2014 sanctions against Russia after the annexation of Crimea; NATO’s characterization, in 2016, of cyberspace as a domain for military action; and the US National Cyber Strategy, adopted in September 2018, in which the United States promises to punish those who use cyberattacks against it. All those things played crucial roles in Moscow’s decision to seek independence from foreign IT and to pursue centralized state management of the internet.

But neither Moscow nor anyone else can legislate digital sovereignty into existence, and it is with the implementation of its laws that the Russian state faces multiple challenges to its plan. A number of Russian firms, such as Yandex and vKontakte, have developed solid equivalents to America’s services, such as Google or Facebook. But the Russian tech sector attracts far less investment than the country’s oil and gas industries. The lack of a strategy and investments in the IT sector over the years has led to a dearth of domestic solutions that could quickly replace the widely used foreign technologies at an equivalent level of quality. A fully sovereign internet with centralized management is hardly feasible because of Russia’s infrastructural interdependence with the global internet. The drive to build 5G based solely on Russian technologies will likely lead to massive delays in implementation because of shortages of relevant IT solutions.

Russia’s digital sovereignty legislation was motivated by security and geopolitical concerns; the reality of Russia’s IT sector did not enter into the equation. The recently promised tax cuts for software firms and 21.4 billion rubles of state funding for the development of domestic 5G technology could never fill the tech gap between Russia and countries that have systematically developed their tech sector over decades.

The United States leads the world in decisive areas of technology, including operating systems for computers and smartphones, cloud services, and social networks. Microsoft, Apple, and Facebook provide nations, companies, and private users worldwide with highly competitive solutions. China, the other tech giant, is increasingly contesting the US lead and is encroaching on the American share of the global IT market. Huawei, Alibaba, and Tencent have expanded their markets far beyond their country of origin and offer technology alternatives to those of the United States.

According to US president Donald Trump, the spread of Chinese apps and technologies in the United States “threatens the national security, foreign policy, and economy” of the country. The US government has tried to ban TikTok and WeChat and prevent Huawei from doing business in the United States; it has also put pressure on its allies to block Huawei from their 5G networks. Recently, the US State Department launched the “Clean Network,” a program purporting to safeguard “all freedom-loving nations and companies” from Chinese IT.

The competition in tech between the United States and China is a crucial part of their trade war and has made them both rivals and standard-setters. This competition will determine each country’s sphere of influence in the near future and path dependencies for third countries that are already technologically dependent on the United States or China or will become so for political or technological reasons.

The EU, too, has set a course for “strategic autonomy in the digital field” as it finds itself in conflict with US companies that are not in compliance with European data protection rules. As well, the EU harbors security concerns over relying on Chinese 5G infrastructure. The EU is now designing policies, and putting together financial instruments to enhance its digital sovereignty based on European values and principles. The drive is expected to strengthen such European tech companies as Ericsson and Nokia, which already have a strong presence in strategic IT spheres and would provide alternatives to Chinese-made solutions.

Moscow is not alone in seeking digital sovereignty. In a world where technology underlies national prosperity and security, it is a universal concern. Russia is different in that the United States, China, and Europe are building their cyber independence on a solid technological basis, which competitive private companies have been developing for decades with their government’s political support. Russia has nothing comparable to the “Made in China 2025” strategy, a state-led plan to quickly advance Chinese manufacturing in critical technological fields, or the United States’ level of investment in technology and innovation.

The Russian program “Digital Economy,” which launched in 2017 and included ambitious plans for the development of the Russian IT industry, looks futureless. The government has failed to achieve its own performance indicators, postponing deadlines again and again as it cut the program’s budget a number of times. The federal Information Infrastructure project, part of the Digital Economy program, has reached only one of the ten goals set for the second quarter of 2020. Also, the implementation of the sovereign internet law is far from assured. While all the necessary by-laws have been adopted, technical implementation lags far behind schedule.

Instead of building a sovereign internet and becoming independent of other countries, Russia is more likely to fall into technological dependence on one or the other tech leader. It is unclear how Russia could catch up with the United States or China in building a fully independent and alternative model for its fundamental infrastructure and software needs. In light of Russia’s enduring tensions with the West, a drift toward the Chinese tech sphere seems more likely. Last month, after the United States announced sanctions against Huawei, the company extended its investments in research and development in Russia. The Chinese company has partnered with a number of Russian companies to build a 5G network. Just recently, the Russian authorities announced they would allow Huawei access to the government procurement system in exchange for technology transfer. 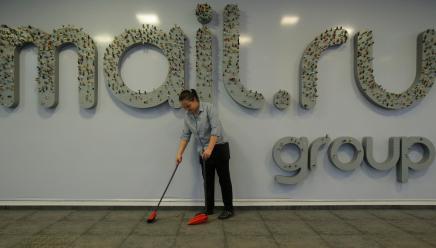