Military cooperation between the United Kingdom and Germany has traditionally taken a backseat to the two countries’ other key partnerships. Yet new pathways for cooperation in defence become more relevant as both nations see themselves confronted with several challenges. The European security environment has become increasingly hostile since Russia’s annexation of Crimea and the instability along Europe’s southern borders. At the same time, defence budgets have been under pressure since the 2008 financial crisis and are again threatened by the economic fallout from the Covid-19 pandemic. Meanwhile, the United Kingdom left the European Union at end of January 2020 and is currently negotiating its future relationship with the EU. In this context, UK-Germany defence cooperation is a largely untapped resource that has the potential to make more efficient use of the countries’ defence resources while contributing to NATO’s capabilities as a whole.

Despite a public commitment to closer military cooperation, existing activities between the two countries are the result of coincidence rather than deliberate planning and are largely built the fact they share a lot of the same equipment. Other cooperation includes the intent to increase interoperability as well as other traditional forms like liaison officers, joint exercises, and cooperation within very specific capabilities. Joint procurement projects, on the other hand, remain limited due to diverging industrial and political priorities. Only a few projects have been realised, especially larger ones in the air domain (eg Tornado, A400M, Eurofighter).

Going forward, both partners should adopt a more strategic perspective when it comes to bilateral cooperation – that is, base their decisions on existing or forthcoming capability gaps in their forces and the European pillar of NATO. This strategy shows the most promise for closer cooperation on equipment. Beyond this, interoperability and information exchanges across domains and services have the potential to increase the overall military effectiveness of both armed forces. Three groups of possible initiatives stand out:

Politically, existing cooperation, as well as new opportunities, could serve as the basis for a military cooperation treaty between Germany and the United Kingdom akin to the Lancaster House Treaty between the UK and France. Of course, both countries can also pursue these kinds of opportunities in other bilateral formats such as the existing “Oxford Format” meetings between the German and UK ministers of defence, or even through multilateral formats like NATO or the Organisation for Joint Armament Cooperation. However, such a treaty would send a strong and visible political signal that the UK remains a key player in continental Europe – a signal that would be important for allies and adversaries alike.

Enhancing European security and defence capabilities is necessary considering the worsening security environment facing the continent. Adapting military capabilities to the renewed NATO focus on deterrence and defence is one of the most challenging tasks facing armed forces that have only just recovered from capability reductions and budget cuts after the last financial crisis in 2008 and now face the next economic crisis. Rebranding and repositioning the “silent alliance” between Germany and the United Kingdom to deliver visible and useable military capabilities will undoubtedly help Europe adapt to these challenges.

This report is part of a Policy Institute project investigating defence cooperation between the UK and Germany, funded by the Hanns Seidel Foundation. It was first published by the King's College London on Novemeber 10, 2020 here. 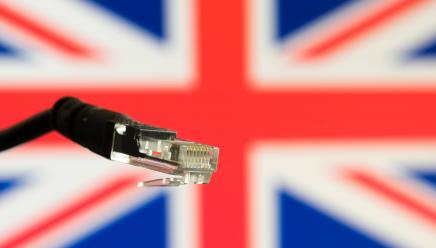 How military innovation can benefit from cooperation

The struggle for information is likely to be a key battleground