The EU’s role and influence in the South Caucasus has been undermined and is threatened by other players - it needs to play to its strengths.

The second Karabakh war between Azerbaijan and Armenia in the autumn of 2020 and the subsequent peace agreement, brokered by Russia, has changed the geopolitical situation in the South Caucasus.

While Azerbaijan won the war, taking back territories lost at the beginning of the 1990s, it created the precedent for non-peaceful conflict resolution. The message is: ‘You can win a conflict with force if you have sophisticated weapons and military support from a third power’ - in this case Turkey.

Russia has increased its leverage over Azerbaijan through its deployment of so-called ‘peacekeeping’ forces - which lack international recognition - in the conflict region. Armenia has meanwhile become increasingly dependent on Russia as its security provider and has lost further sovereignty as a result.

Lasting peace can only be achieved through trust building, compromise, and reconciliation, not through military victories. These are the areas where the EU has a lot to offer.

Yet the conflict persists; there is no peace agreement, and this bitterly fought war has created further obstacles to reconciliation between the two countries.

Neither the EU or the US were active during this war; EU Member States were unwilling to engage in stopping the conflict or negotiating a ceasefire agreement. This inaction has weakened the EU’s image and its reform agenda in the region.

All three countries of the South Caucasus - Armenia, Azerbaijan and Georgia - are partner countries in the EU’s Eastern partnership policy (EaP), which aims to help the three states towards democracy, rule of law and competitive economies. While Armenia has signed a Comprehensive and Enhanced Partnership Agreement (CEPA) with the EU, Azerbaijan has engaged in limited economic and energy cooperation.

Georgia meanwhile has signed an Association Agreement with the EU, including a Deep and Comprehensive Free Trade Areas (DCFTA) deal, as well as a visa facilitation agreement. It is the EU’s key partner in the region, with an interest in becoming a Member State.

The EU is the main donor regarding conflict resolution and management as well as in funding confidence-building measures in the region. It works closely with civil societies, governments and international organisations such as the United Nations Development Programme.

It just has also started a EU4dialogue project and funding scheme on post-Soviet conflicts, with a strong focus on trust building and education and exchange in the South Caucasus. The EU also provides a monitoring mission to the Georgian conflicts in Abkhazia and South Ossetia.

Within the EaP, it provides a great deal of support for these countries across education, rule of law building, civil society strengthening and resilience as well as working with Internally displaced people - all preconditions for conflict resolution.

This makes the EU the key economic and reform partner of the three states, but it is not relevant as a security player in the region. Its Special Representative for the South Caucasus, Toivo Klaar, plays a positive role, providing visibility for the EU in the regional conflicts, but he has no mandate as a serious negotiator.

In the Karabakh conflict, the OSCE Minsk group was the main negotiator - with its co-chairs France, Russia and the US - in the past. Here also, the EU was not a player and both France and the US have shown limited interest in engagement, handing over the management of different escalations between Armenia and Azerbaijan to Moscow.

The EU is the key economic and reform partner of the three states, but it is not relevant as a security player in the region.

With the current crisis with the West, Russia wants to push the EU and the US out of the region and is using the conflicts to keep the South Caucasus countries under control.

Both EU and US inaction, prior to and during the 2020 war, has discredited democracy and the EU across the region. The EU also lost credibility with those stakeholders in governments, parliaments and civil society who campaigned for a European and democratic transition, particularly in Armenia.

This is harming the EU’s neighbourhood policy, where Armenia was once considered a role model, as it is both a member of the Russia-led Eurasian Economic Union and at the same time a CEPA signatory with the EU.

With the US absent from the region and the EU’s weakness, Georgia is increasingly talking to other countries, such as Turkey, to balance Russian influence. Also, Georgia is backsliding over its democratic transformation, which is partly linked to the crisis of Western democracies and the lack of any EU membership perspective.

The Karabakh conflict has been underestimated by the EU; it sends multiple geopolitical messages and exerts an impact beyond the South Caucasus region. Turkey’s arrival as well as Iran’s engagement are causing further disintegration of the post-Soviet territory.

With its role in reaching a ceasefire agreement and in deploying ‘peacekeeping’ forces, Russia has demonstrated that it remains the key security player in the South Caucasus albeit increasingly challenged by countries such as Turkey, Iran and China (notably in the economic and transport sector).

However, the Kremlin’s policy of taking advantage of conflicts - rather than resolving them - can only work as long as Russia has sufficient resources to back it with military force. Lasting peace can only be achieved through trust building, compromise, and reconciliation, not through military victories. These are the areas where the EU has a lot to offer.

The meeting of Azerbaijani President Ilham Aliyev and Armenian Prime Minister Nikol Pashinyan during the EaP summit in December was a positive indication of the EU’s potential role. Yet without more serious security and peacebuilding engagement in the region, the EU will lose further influence in the South Caucasus.

This text was first published on January 26, 2022 by The Parliament Magazine. 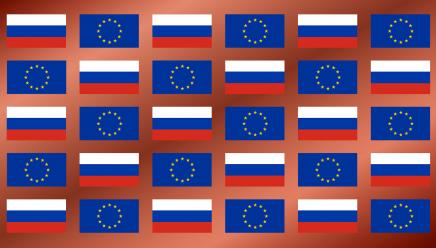