Germany and the United Kingdom strive for a closer military partnership, including defence industrial cooperation. In the past, armament cooperation involving Germany and the UK show a mixed picture of success. Traditionally, the aerospace sector was most open for cooperative armament projects, while the land and maritime sectors remained more national.

Research suggests that political, operational, economic, industrial and technological motivations can lead to closer defence and especially armament cooperation. Often, these cooperative endeavours entail a mutual interdependence between cooperating actors for the long in-service life of modern weapon systems, underlining the high political symbolic value of such cooperation. Yet, beyond armament cooperation, Germany and the United Kingdom also have to think about how collaboration can address structural factors shaping their defence industrial bases, from industrial capability retention, to technological advancement and supply chain dependencies. As both countries and their industrial bases face new geopolitical and geo-economic realities, cooperation might be one way to rise to the multitude of challenges.

The interplay of structural forces such as transnational dependencies and international competition puts pressure on existing industrial capabilities and the respective national ambition to retain the industrial and technological base. While the latter ambition can trigger national responses, it can also be utilised for closer European industrial cooperation. German, continental European, and UK industrial bases are entangled and will remain mutually dependent for the foreseeable future.

Today, the European Defence and Technological Industrial Base (EDTIB) is vulnerable due to dependencies across the supply chain – from imported raw materials all the way up to dependencies on weapon system exports to generate revenue. Germany and the UK’s approach to defence industrial cooperation should therefore also ask how it can help alleviate these dependencies. This becomes even more important when assessing the competitiveness of their respective industrial capabilities in the larger EDTIB and in a fast-changing international defence industrial market.

The different stages of the armament life cycle provide a helpful starting point to identify both challenges and opportunities for cooperation. The sooner cooperation begins and the more consistently it is pursued through the course of a life cycle, the larger the potential benefits across the political, military-operational and economic dimensions. Early collaboration can generate industrial and technological benefits even if it ultimately does not lead to jointly produced and fielded weapon systems. Historically, joint research and development (R&D) programmes fed into different national successor programmes, increasing their respective technological sophistication.

Looking at later stages of the life cycles of military equipment, the current UK-Germany armament cooperation on the system-level is limited and is likely to remain so for the foreseeable future given the diverging procurement preferences of both countries. Hence, the focus on the system-level should lie on exploiting existing equipment commonalities in operation, maintenance and upgrading. Joint operations for Eurofighter at the Baltic Air Policing and the introduction of Boxer APCs into the British army seem promising to lay the foundations for such cooperation.

Components of weapon systems also constitute an important portion of the defence market. Short-term opportunities here lie predominantly in munitions, as Germany, the UK and Europe as a whole retain a significant dependency on US products in certain domains. Moreover, closer integration of munitions into various systems enhances European interoperability and might, in the end, be cheaper if ordered together. Since the European stocks for certain munitions are still way too small for high-end and even longer low-intensity conflicts, there is a clear need to take advantage of economies of scale.

Lastly, the political nature of defence industrial cooperation also harbours contentious issues. These came to the forefront over the past five years with Brexit, a growing European Union defence industrial ambition and intensified debates about arms exports, especially into regions with active conflicts. All of the above have some potential to disrupt or complicate defence industrial cooperation between Germany and continental Europe on the one hand and the UK on the other. Diverging export behaviour between European partners might grow into a factor that structurally inhibits cooperation or leads to certain cooperative blocs within Europe. In turn, such a development would likely entail duplication of armament efforts, lead to non-strategic planning and reduce the chances to make the most of cooperation opportunities – that is, reducing costs and profiting from the broadest defence industrial know-how to get the best product.

Right now, the political motivation to bind the UK to European security beyond Brexit dominates the exploration of UK-Germany defence industrial cooperation. At the same time, the two countries have pursued different armament strategies. Making these two paths converge is not an easy task in the short term – especially not on defence, where procurement and lifecycles span decades. However, the current situation offers some options. For potential industrial cooperation, Germany and the UK have to systematically explore opportunities across operational, technological, industrial and economic dimensions. This would provide solid reasoning for selecting respective cooperation projects. Doing so requires broadening the scope of cooperation beyond the “traditional” armament cooperation to include topics like mitigating industrial dependencies and developing a clearer transnational industrial ambition.

This report is part of a Policy Institute project investigating defence cooperation between the UK and Germany, funded by the Hanns Seidel Foundation. It was first published by the King's College London on Novemeber 19, 2020 here. 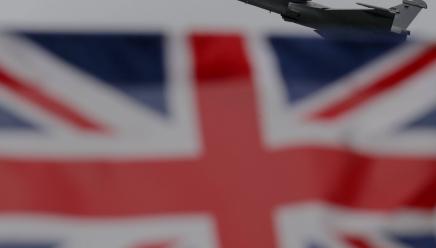