To Meet the Biden Administration, the EU Needs An Integrated Tech Foreign Policy

When the administration of US President-Elect Joe Biden takes office in January 2021, it will look for partners to forge a new, democratic tech order. Its preferred partner will be the European Union. But even as the EU is redefining tech governance and industrial policy at home, it lacks the foreign policy infrastructure to advance its objectives globally. Here are three areas in which the EU can start to build that infrastructure.

The incoming team of US President-Elect Joe Biden has signaled that it wants to address the twin challenges of surveillance capitalism at home and techno-authoritarianism abroad, particularly from China. In that effort, the new administration will be looking for like-minded allies in Europe. This will mean that the EU will need to address some tough issues particular to the transatlantic tech relationship such as data protection, digital taxation, and industrial policy.

But this also means closing ranks on the issues on which the EU and US agree – limits on authoritarian surveillance and facial recognition; economic IP theft and cyber security; democratic, ethical, green standards on emerging technology; platform and Big Tech regulation; and connectivity strategies in the Global South. To do so, Europe needs to build muscle in how it represents its digital interests internationally beyond the power of its regulation. Here are three initiatives that could move the process forward.

First, the EU needs a Digital Grand Strategy, an integrated assessment of capacities and objectives akin to the EU Global Strategy. This digital strategy should bridge the EU’s incumbent industrial strengths and its digital governance objectives with its global lines of effort. Such a strategy would focus the minds of the EU’s far flung representatives across ministries and institutions on common goals and approaches.

Second, the EU should complete the goal set by Germany’s presidency of the Council of the European Union to establish an EU-wide digital diplomatic network to raise its objectives on technology policy – including the military use of AI, hardware supply chain resilience, and third country interaction on standard setting – as an element of European foreign policy. This includes having each member state designate a tech ambassador similar to those in Germany and Denmark. This diplomatic infrastructure would be particularly useful as Europe works with the Biden administration to build coalitions for tech standards and digital procurement in third countries that avoid dependencies that are difficult to dislodge and could later be weaponized for more nakedly geopolitical ends.

The EU Needs a Tech Ambassador

Finally, the EU should appoint its own European Tech Ambassador, perhaps with a seat in Silicon Valley, responsible for coordinating the positions of the Directorate General across member states. Such an abassador would also represent these positions beyond Washington to Big Tech actors – digital powers like China and subnational governments like California that punch above their weight. This is not meant to circumvent Washington but to connect European digital diplomacy to multiple governmental, private sector, and civil society actors at once. This position could coordinate the broader digital diplomacy network to serve its aims.

Pulling these strains of tech policy together into one concerted EU effort will be a delicate undertaking. The EU’s member states still consider the promotion of emerging technology to be a national issue. While they are often happy to negotiate regulation at the EU level, they fight to keep the other aspects of tech policy at home, particularly as it relates to their industrial bases. But the COVID-19 crisis broke through some of the industrial policy parochialism. President of the European Commission Ursula von der Leyen has committed to make 20 percent of the EU’s 750 billion euro recovery aimed at Europe’s mission to become a digital power. If that effort works, it could help pave the way toward elevating the EU to a geopolitical actor in tech.

In particular, a cohesive, integrated EU tech diplomacy should be shaped in tandem with efforts to rethink the bloc’s relations with China. China is already baring its digital wolf warrior fangs. Its disinformation, data theft, and cyberattacks on European hospitals have become more brazen amid the COVID-19 crisis. Digital crackdowns and mass surveillance have become the instruments of oppression from Hong Kong to Xinjiang. And China has shown it is willing to play hardball to force Europeans to accept Huawei equipment in its 5G infrastructure.

By integrating the tools of digital diplomacy, development, industrial policy, regulation, and values into a coherent identity, the EU would be better positioned to promote democratic tech and check techno-authoritarianism. US President-Elect Joe Biden – an Atlanticist and EU supporter at his core – would welcome such an effort.

This is a translation of a text that was originally published in German by Der Tagesspiegel as a backgrounder on digitalization and AI on November 13, 2020. 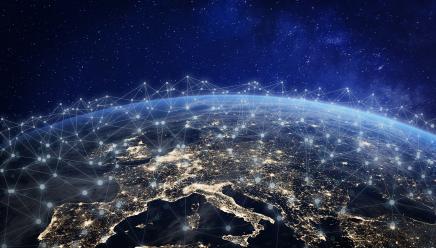