German lending to its neighbors is a key determinant of growth in the euro area. Since the 2008 financial crisis, those flows have changed radically, with less investment going into the eurozone “periphery” and more leaving the euro area altogether. Despite a boom in supranational financial institutions, policymakers have yet to address the root cause of the capital flight: the persistence of policy uncertainty in cross-border financial markets. This paper proposes three unorthodox policy solutions.

Please note: Below you will find the introduction to DGAP Policy Brief No. 10. To read the entire text, including footnotes and citations, download the full PDF here.

The flow of investments from Germany to its eurozone neighbors is a major determinant of growth in the currency union. They correspond to almost 75 percent of the value of the total German economy in 2021. And given their size, where they flow to is a key force influencing the political economy of Europe.
Hence it is of interest that, after the global financial crisis (GFC), Germany’s investment began flowing out of the euro area in historical volumes. Indeed, the hole that the departure of German investment has left in the eurozone’s GDP is comparable in size to the EU Recovery and Resilience Facility (RRF).

Reversing this trend should be top-of-mind for policymakers. Yet policy solutions appear exhausted. Even after a heady decade of creating supranational institutions in the financial sector, disintegrative trends persist. If not a lack of supranational integration, what has caused German “capital flight” out of the euro area, and what can policymakers do to reverse it?

The question is all the more urgent given that a once-in-a-generation political window for bold reforms is now opening: The euro area’s largest economies share a common goal in recovering robustly from the COVID-19 shock; the euro area’s fiscal rules, having been suspended during the pandemic, are legitimately coming under debate; and the Russian invasion of Ukraine has inspired a constructive and ambitious new wave of solidarity among Europe’s elites.

I argue that the main cause is the persistence of fundamental uncertainty about the stability of the interest rates at which eurozone governments borrow. That uncertainty has its roots in successive crises which have undermined the markets’ confidence in the sustainability of the euro area governments’ debt. To re-attract investment into the common currency, policymakers need to radically alter markets’ perceptions of debt sustainability in the eurozone. 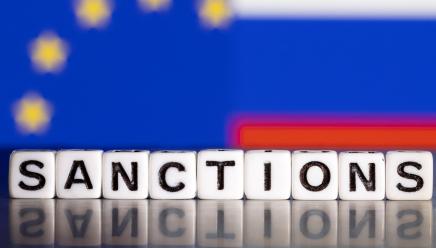