By openly predicting that Russian President Vladimir Putin will follow through on his threat to invade Ukraine, US President Joe Biden has signaled that the West is prepared to abandon that country to its fate. The situation called for extreme, credible deterrence, not symbolic gestures and cryptic threats.

After a long, mysterious silence, US President Joe Biden has spoken out about the ever-increasing concentration of Russian troops near the Ukrainian border. He would have been better off keeping quiet, given his astonishing and dangerous message. NATO officials – and his own aides – have had to scramble to redefine the meaning of his words.

When asked at a press conference if he thought Russian President Vladimir Putin would attack Ukraine again, Biden said, “My guess is he will move in. He has to do something.” Worse, Biden then revealed that there is no unity among NATO members on how tough the threat of new sanctions against Russia should be. All the Alliance will do in response to an invasion of Ukraine is deploy more troops in Poland and Romania. This response is wholly inadequate to the scale of the crime Putin is threatening to commit.

In Russia, Biden is considered a weak president, and Kremlin bureaucrats see his lack of leadership as an opportunity for action. Biden confirmed their view. Trickling in a few more troops is not a policy; it is an alibi. The West must be seen to be doing something to preserve its moral virtue, so it offered a symbolic gesture in the hope of resuming its focus on domestic concerns. Biden has not even said whether the deployments in Poland and Romania will become a permanent presence (they are currently rotational). As a result, the US response will neither improve Ukraine’s situation nor assure security in Eastern Europe.

Rather than offering any details about possible sanctions, the United States continues to allude cryptically to some “dear price” that Putin will face if he launches an invasion. But sanctions are a deterrent only when they are imminent and concrete, when the would-be criminal knows just how tough of a sentence he faces. Thanks to Biden’s verbal incontinence, it is clear that the sentence will be light – and maybe even suspended. By acknowledging that Putin “has to do something,” Biden has offered a kind of consent to action. He is preparing the public rather than deterring the aggressor.

It seems that the United States and Germany, the Alliance’s strongest players, are sending a signal to the Kremlin: a small-scale invasion – one that would extend the borders of the Donbas region or create a corridor to Crimea – means limited sanctions. There will be no abandonment of the Nord Stream 2 pipeline, no removal of Russian banks from the SWIFT global payments-clearing system, and no major shifts in NATO troop movements.

This deal is reminiscent of the 1938 Munich Agreement: it saves the peace by giving way to the invader. Why is there no unity on the question of sanctions? The blame probably lies with Germany, the site of Nord Stream 2, which connects Russia to Europe and bypasses Ukraine and Poland. Germany’s behavior on this issue has become increasingly embarrassing. The German government not only has been blocking arms supplies to Ukraine, but also refuses to declare that Nord Stream 2 will be stopped if Ukraine is attacked again.

The standard argument for Nord Stream 2 is that it is purely an economic project. But no one believes this – not even those making it. The pipeline will not only siphon away funds from Ukraine, which collects transit fees from Russia for the gas that currently crosses its territory. It will also nullify Ukraine’s last trump card against Putin: its ability to block Russian gas deliveries, preventing Russia from fulfilling its contracts with Western Europe. In normal times, the Ukrainians would never play this card, for fear of the West’s reaction. But now that they are being threatened with slaughter, the situation has changed.

Part of the problem is that the Social Democratic Party, which leads Germany’s new coalition government, has traditionally been very submissive to Russia. And their partners, the Greens, have suddenly gone quiet about the pipeline since joining the coalition. Another problem has been Germany’s post-war pacifism, which amounts to an open invitation to aggressors like Russia, and which now may well help Putin avoid any consequences of attacking Ukraine.

The tragic irony is that German pacifism is supposed to represent atonement for the Second World War. As such, German foreign policy continues to be influenced by the historical falsehood that the only crimes committed on the eastern front were on Russians. In fact, all ethnicities under the control of the Soviet Red Army suffered. By numbers, Ukrainians suffered even more than Russians. And today, aside from the Ukrainians, it is Russians who will pay the biggest price for a new war in Ukraine. War means further economic regression, declining standards of living, international isolation, and domestic repression.

Under these circumstances, a war could still be averted only by making the costs to Putin truly unbearable. There would need to be a credible threat that the West would enact the harshest imaginable sanctions. In addition to canceling Nord Stream 2 and kicking Russian banks out of SWIFT, these could include imposing an embargo on significant trade with Russia; arming the Ukrainians with conventional weapons adequate to the Russian threat; seizing all Russian oligarchs’ assets abroad – including the many billions that Putin himself has stolen; and expanding the US troop presence on NATO’s eastern flank to levels that are not merely symbolic.

Putin likely will not be deterred by anything less – especially now that Biden has revealed his weak hand. The US may have concluded that a Russian invasion is unavoidable, but Ukraine will not relent, because it cannot allow any further loss of sovereignty. A full-scale response would cost the West financially, but it would cost Russia much, much more. Unfortunately, there are now too many indications that Biden and the West will abandon Ukraine to its fate.

This online commentary was first published by Project Syndicate on January 21. 2022. 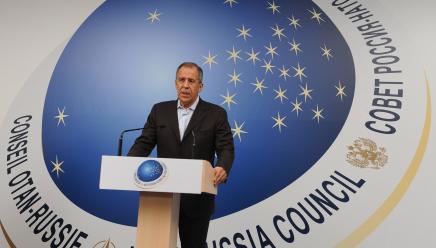 The Future of European Security – What Does Russia Want?