Along with Estonia, Finland has been in the vanguard of calls for a European Union visa ban on Russian tourists. As well as gaining strong support in several EU states, the proposed ban has also attracted fierce criticism, including accusations that it would amount to a “new Iron Curtain.”

Such accusations are ill-founded and unfair. While there are legitimate arguments against a visa ban, describing it as a Cold War idea dismisses the real problems these countries are facing today—and the history of their relationships with Russia.

The debate in Finland is a good example of the practical as well as symbolic reasoning behind the ban—and the likelihood that this debate will not go away anytime soon. Despite suspending a previous visa facilitation agreement with Russia (that actually made it easier for Russians to get Schengen Area visas) EU foreign ministers stopped short of imposing a full ban at a meeting in Prague.

Finland was part of the Russian Empire, and it was invaded by the Soviets in 1939, but it was never actually subject to Soviet rule—only “Finlandization,” a forced neutrality imposed by a powerful neighbor during the Cold War. Finns have traditionally had a somewhat different attitude toward Russians from that of their Baltic neighbors, who were forcibly annexed by the Soviet Union after two decades of independence from Russia. In Finland, there used to be a widespread tendency to make a distinction between Vladimir Putin’s regime and ordinary Russians. But Russia’s invasion of Ukraine this year has caused a profound change of attitude.

On July 15, just in time for the summer travel season, Russia lifted the COVID-19 travel restrictions that had halted crossings at the Finnish-Russian border during the pandemic.

By the end of July, the numbers of Russians crossing the border had risen to around 6,000 per day, with the majority en route to vacation destinations elsewhere in Europe. Helsinki-Vantaa and Lappeenranta airports are easy to reach from St. Petersburg by private car, bus, or booming luxury chauffeur and car-hailing services. Taking a flight from Finland is much more convenient than the alternative route through Turkey—and this route has also been used by dissidents seeking the quickest escape from the Putin regime.

The reopening of the border sparked a strong reaction in Finland. Now, a majority of Finns support a ban on tourist visas for Russians and feel that ordinary Russians being able to vacation in Europe while Russian soldiers kill Ukrainians is simply wrong. That produced the call for tourist visa restrictions and other measures to stem the flow of tourists, while leaving other channels of movement open.

Before the pandemic, in 2019, Finland issued almost 800,000 visas to Russian citizens, around 3,500 per working day. This year, application appointments for short-term visas to the Schengen Area, a bloc of 26 European countries without border controls among them, had already been limited to 1,000 daily and were further curtailed to a mere 100 from September. Finland will instead prioritize other forms of mobility for those with family ties, work, or student visas. The roughly 100,000 Russians with long-term multiple entry permits will still be able to enter, as will those holding Schengen visas from other states—unless further action is taken to compensate for lack of an EU-level ban.

Finland is juggling many sometimes conflicting responsibilities with its long border to Russia. The first and foremost responsibility of the Finnish government is national security, which large inflows of travelers could compromise. One reason for this is that Russia conducts covert influence operations against EU states, which, as Estonian expert Kristi Raik has noted, it also uses tourist travel to infiltrate. Finland has a population of 5.5 million and lacks the capacity to conduct U.S.-style stringent border controls of each individual holding a visa.

The Finnish-Russian border is also one edge of the EU and the Schengen zone, which brings further responsibility for common security, but also humanitarian obligations toward potential asylum-seekers. The border will soon also be one of NATO’s borders, which a newly acceded Finland is expected to help secure. Finally, the burden of implementation of EU sanctions falls significantly on Finland as one of the main transit hubs for Russian tourists. Increased Finnish customs controls have revealed frequent attempts at sanctions busting by tourists returning to Russia on dual-use and luxury goods.

This text was first published by Foreign Policy on September 19, 2022. 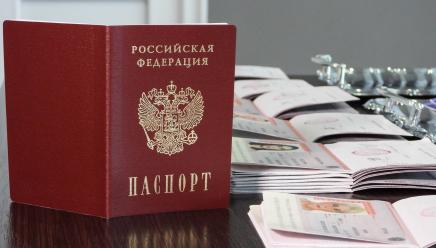 The Russians Who Are Leaving