The terrorist attacks in Paris, Dresden, Nice, and Vienna in autumn 2020 served as dramatic reminders of the enduring threat that Islamist terrorism poses to Europe. In a timely response, the European Commission published its new counterterrorism agenda in early December 2020.

More specifically, however, the murder of French teacher Samuel Paty near Paris on October 16 also highlighted two pressing issues that are often overlooked: first, the Chechen origin of the attacker and, second, Russian President Vladimir Putin’s subsequent offer to support the fight against terrorism in the European Union (EU) and its member states. The Russian regime uses counterterrorism (CT) measures and operations to increase repressive policies at home and enhance its international influence abroad. This misuse should motivate actors in the EU’s CT sector to address ways of dealing with Russia in light of its problematic conception and execution of CT.

Russia’s problematic conception and execution of CT and Putin’s geostrategic interests in international CT cooperation are both widely acknowledged and discussed. In March 2020, Jakob Hedenskog, deputy and research director of the Swedish Defence Research Agency (FOI), presented a comparative analysis that mapped Russia’s international CT engagement and reporting on problematic interests in cooperation with Russia.

A vivid example of a domestic “anti-terrorist-operation” in Russia is the Second Chechen War (1999–2009) declared by Putin after a series of bombings in Moscow for which he held Chechen terrorists responsible. An international example for a military engagement termed an “anti-terrorist-operation” is Russia’s intervention in the Syrian civil war. Given the proven fact that Russia allowed many domestic extremists – especially from the North Caucasus – to travel to the Syrian battlefield, observers doubt its stated motive for engaging in that war.

Russia’s international CT agenda also has diplomatic dimensions. Through its engagement in the Shanghai Cooperation Organisation and as a permanent member of United Nations Security Council, the Russian regime is continually pushing to play a leading role in the international fight against terrorism. Russian officials currently hold leadership positions within the UN’s CT architecture. Vladimir Voronkov serving as Under-Secretary General of the United Nations Office of Counter-Terrorism (UNOCT) is just one prominent example.

That Russia understands the fight against extremism and terrorism mainly in the context of its own international engagement – both military and diplomatic – but certainly not in the context of strengthening civil society, deradicalization, and disengagement work is, at the very least, problematic. The Commission on Security and Cooperation in Europe, also known as the US Helsinki Commission, addressed these concerns in an expert hearing in June 2019 under the illustrative heading “Russia’s Counterproductive Counterterrorism.”

The EU’s Dead Angle: The Chechen Diaspora in Europe

For Europe, international concerns about Russia’s CT strategy also have a strong internal component that needs to be given more attention: the importance of people from the North Caucasus for CT efforts and deradicalization work in Europe. This became apparent as the Second Chechen War caused many people from the North Caucasus to flee to Europe and in the context of the so called Islamic State in Iraq and Syria (ISIS). Russian-speaking fighters constitute one of the largest groups of foreign supporters in ISIS. This is not only due to people leaving Russia itself; according to Europol and information from the International Crisis Group, some 2,400 members of the Chechen diaspora in Europe traveled to Syria.

The threat posed to Europe by networks of returning foreign terrorist fighters was demonstrated when a Chechen was arrested in Italy in 2017 for terrorist recruitment after he fought in Syria between 2014 and 2015. Another argument for the relevance of radicalized North Caucasians for CT, deradicalization, and disengagement work in Europe is the aforementioned murder of French teacher Samuel Paty, which underlines the imminent threat stemming from homegrown radicalized Chechens in Europe.

One of the biggest challenges for actors in deradicalization work engaging with North Caucasian individuals is their deeply rooted mistrust, particularly against governmental and security authorities. This form of mistrust often occurs in individuals from authoritarian countries – for example, Turkey – but is particularly strong in the case of North Caucasians. Practitioners link this to their frequent experiences of violence and abuse perpetrated by domestic security actors back in Russia.

Furthermore, other incidents point toward operations and attacks that pursue nationally-driven agendas against “domestic terrorists” abroad. These include the murder of a Georgian of Chechen origin in Berlin in August 2019 – the so-called Tiergartenmord, for which strong evidence suggests the involvement of the Russian regime – and the assassination of a Chechen regime critic in Austria in 2020.

The EU Risks Unintentionally Preventing and Impeding Its Deradicalization Work

Naturally, deradicalization efforts are not independent from CT efforts. Yet, a key distinction – one especially relevant to this context – is that deradicalization work relies heavily on civil society actors. Russia, in particular, is more than skeptical about civil society’s participation in CT and, thus, prioritizes a state-led and state-centric approach. Additionally, authoritarian regimes, like Russia, use CT as an argument to suppress domestic political opposition. This fact shapes the context of efforts associated with countering terrorism and creates a relevant difference in how people in Europe and Russia perceive CT.

The European Commission should clearly address problematic conceptions and executions of CT in non-European countries. CT depends on security, political, and judicial cooperation, as well as on other effective information-sharing networks. Also, the application of CT measures according to EU standards must be ensured – at least on European soil. Failing to consider and address misuse of CT sends the wrong signal: not only to those with reason to fear geopolitical interference by their countries of origin, but also to states that might consider pursuing “anti-terrorist-operations” in the form of abductions and executions abroad. In order to better integrate its approaches to counterterrorism, the EU should take two steps:

1. Investigate and monitor the problematic conception and execution of counterterrorism efforts

Addressing the problematic conceptions and executions of CT strategies and geostrategic interests in international CT cooperation must not only take place through research, but also on a policy level by the European Commission. Monitoring and investigating other countries’ understanding of terrorism and the related definition of terrorists needs to be a permanent aspect of developing and formulating CT efforts. An expert committee can assist in implementing such policies; including central stakeholders from the respective countries can help to maintain transnational dialogue. This is particularly urgent in the case of Russia but certainly also holds true in the context of other countries, such as Turkey.

The EU already supports research to enhance deradicalization efforts on national, regional, and local levels. Research on problematic key interests in international CT cooperation and comparative analyses of differing understandings of terrorism are also already taking place. These studies, however, need to be further supported and extended so that they inform EU policymakers. Monitoring potential strategic interests in CT measures must become a permanent control mechanism when developing CT agendas to prevent misuse, increase trust, and prevent the unintended impediment of deradicalization work. 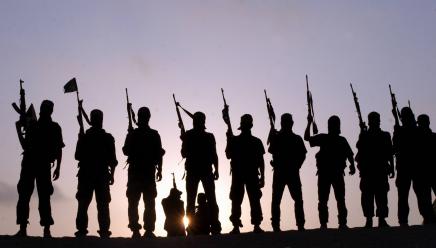