After Elon Musk’s Takeover of Twitter, It’s the EU’s Move

Twitter allows its users to amplify their opinions to millions of others and plays an outsized role in political discourse. The platform is now owned by Elon Musk, a billionaire who could be open to coercion from China. Given the influence of Twitter and other popular apps on public discourse, the European Union needs to do more than consider their potential for making a harmful impact on democratic societies. It needs to create alternatives.

Rather than spending his first days as Chief Twit extending olive branches to keep advertisers and users on the platform, Elon Musk retweeted conspiracy theories and personally responded to election deniers. As troubling as this is, there are other developments for the EU to consider.

The more we find out about Musk’s takeover of Twitter, the more reasons we have to be concerned. Large investors – those that have invested more than $250 million – include a holding company owned by a Saudi prince; a subsidiary of the Qatari sovereign wealth fund; and Binance, a cryptocurrency exchange with a Chinese background. While no national security review has been triggered by these investments so far, potential conflicts of interest are not hard to find. We know, for example, that such backers struck a deal to gain access to confidential information about Twitter’s finances. What about the trove of personal data that Twitter holds that provides a detailed knowledge of the makeup of society?

Furthermore, Elon Musk’s other company, Tesla, is especially dependent on China. One of Tesla’s so-called Gigafactories is in Shanghai, and China controls the global supply of lithium, a key component in batteries for electric vehicles. Thus, we can surmise that around 50 percent of Musk’s net worth is tied up in his relationship with the Chinese Communist Party (CCP).

Starting from the investments described above and the threat perception of China, it is not such a large step to think that the Chinese could try to exploit their significant leverage over Elon Musk to demand that he censor criticism of the CCP on Twitter or turn up the dials for posts that sow distrust in democracy. It would be difficult for anybody to trace such an attempt. Moreover, Musk would not even have to take obvious actions but could merely choose to do nothing on specific decisions related to content moderation. The EU must stay on the alert for warning signs that could indicate growing foreign influence over content on Twitter: the elimination of state media labels; the interruption of research agreements and limitation or denial of access to application programming interfaces (APIs); the shutdown of Twitter’s foreign influence op archive; and resignations of key security and threat intelligence leaders.

Since Musk’s takeover of Twitter during the run-up to midterm elections in the United States on November 8, we have seen a drastic surge of hate speech, including racist, sexist, and transphobic content. While the platform’s policies on content moderation have not changed since Musk closed the deal, almost all members of Twitter’s Trust and Safety team have had their access to content moderation/enforcement tools frozen. Currently, only 15 people seem to have access to Trust and Safety – a number that seems inadequate even if those 15 are supported by algorithmic moderation tools. In other words, Twitter’s enforcement of its election integrity policy will probably not work as it should for the US midterms.

In 2024, there will be 70 elections worldwide. Against this background, the EU must monitor developments at Twitter that could do harm to society and democracies. These include a rollback of safeguards against harassment and hate speech, and increased critique of content moderation policies aimed at limiting dis- and misinformation about elections and public health. It must pay particular attention to outcomes related to Musk’s pledge to reinstate the accounts of public figures who were banned for inciting violence.

What About the Single Market and the EU’s Digital Services Act?

The European Commission has unprecedented powers to police tech platforms by requiring them to remove illegal content quickly – although what counts as illegal can differ significantly among the EU’s 27 member states. Consequently, in the European Union, Twitter needs to be diligent about removing illegal content regardless of the country it was posted from; otherwise, it risks being fined up to 6 percent of its global turnover and even being banned from operating within the EU. Only time will tell if the EU’s leverage and its ability to control Twitter’s access to European consumers is strong enough for Elon Musk to consider implementing content moderation rules that would meet the standards of the Digital Services Act (DSA).

Since Twitter was made private, European authorities have been monitoring any developments related to content moderation and infringements on speech laws. In addition, under the DSA as it was agreed upon by the European Parliament and Council on April 23, 2022, Twitter will have to make systemic assessments of their services because specific due diligence obligations apply. As a very large platform, it will have to meet obligations in terms of risk management, allow external risk auditing, and be accountable to the public. Under the DSA, Twitter will need to provide transparency on their recommender systems and user choice for access to information; it will also have to share data with authorities and researchers.

We know that Musk has personally told EU officials that he intends to follow the DSA and adhere to the code of practices that govern illegal and harmful speech. Yet we will have to see how that aligns with the absolutist free speech ideology that he loudly and repeatedly voiced before he closed the Twitter deal.

We Need a Broader Conversation

Instead of speculating on what Elon Musk will or won’t do as Chief Twit, Europeans should ask ourselves how we can build new critical communication infrastructures to lessen our dependencies on current internet platforms – a step that also aligns with the EU’s goal of digital sovereignty. Right now, apps such as Facebook, Instagram, and TikTok are private entities with no obligation to preserve free speech. They only suppress hate and harmful speech to maximize profit.

So far, our focus when considering existing platforms has been dictated by harm reduction. We need to start asking bigger questions like how alternative platforms should be designed, financed, and governed. This requires reframing policy debates and innovation, something the EU has been struggling with because its single market is tied up by rules made in Brussels. Yet this is a timely conversation that must be had.

This DGAP Commentary was published on November 8, 2022. 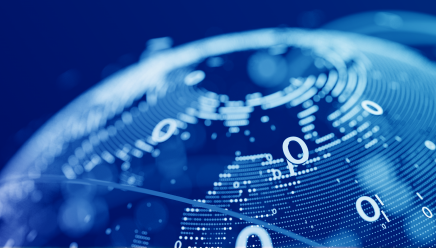