Helmut Philipp Aust, an associate fellow in DGAP’s Security and Defense Program, has been a professor of public and international law at Freie Universität Berlin since 2016. In spring 2022, he is a visiting professor at the Institut des hautes études internationales (IHEI) of the Université Paris II Panthéon-Assas.

Previously, Aust was a visiting professor at the University of Konstanz and research fellow at the Ludwig-Maximilians-Universität München, Universität der Bundeswehr München, and Humboldt-Universität zu Berlin.

Aust studied law at the University of Göttingen and Paris XII. He obtained his doctoral degree at Humboldt-Universität zu Berlin where he also completed his post-graduate studies. 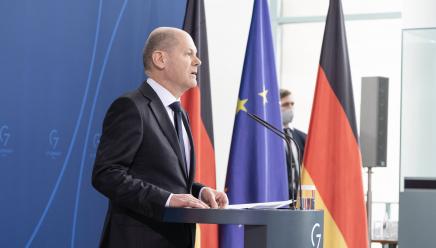