Rudolf, an associate fellow in DGAP’s Middle East and North Africa Program, is a research fellow at the International Centre for the Study of Radicalisation (ICSR), pursuing her PhD at King’s College London’s Department of War Studies. She completed her master’s degree in political science and Islamic studies in 2012 at the University of Heidelberg, specializing in conflict resolution, peace building, and political Islam. During her studies, Rudolf headed the regional group on “Conflicts in the Middle East and Maghreb” at the Heidelberg Institute for International Conflict Research. In addition to her field work in Iraq, she has lived in Libya, Yemen, Egypt, Tunisia, and Palestine.

In her current research, she focuses on the evolving relationship between the Iraqi state and the Popular Mobilization Units (PMU) as a state-sanctioned paramilitary umbrella. Prior to joining ICSR, she represented the BMW Foundation Herbert Quandt in the Middle East and North Africa region.

Rudolf also serves as partner at the Candid Foundation, an independent Berlin-based think tank focusing on the political, social, and cultural challenges facing Muslim communities north and south of the Mediterranean. 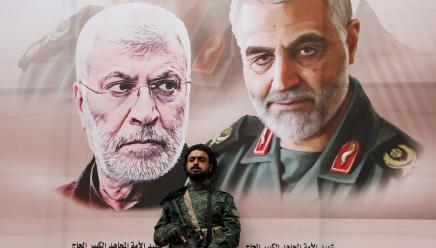