Russia seems to believe that no direct escalation between Iran and the US is likely. Instead, Russia finds it more probable that Iran will retaliate through its various proxies. It is much more afraid of an extensive proxy-type conflict – especially in Syria, which would gravely affect Russia’s positions and achievements there.

Current developments in the Middle East have put Russia in a delicate situation. On the one hand, rising tensions in the Gulf might be positive for Russia because they could help weaken the US internationally and raise oil prices, which is in its interest as an oil exporter. These tensions may also help Russia sell up-to-date air defense systems to Iran, and possibly also to Iraq.

On the other hand, if an all-out confrontation takes place between the US and Iran, Iran cannot win – and Russia knows it. Hence, a major war would mean that Russia loses an important regional ally, as well as significant business opportunities related to its deal to construct a new nuclear reactor at Bushehr.

At present, though, the dominant Russian assessment seems to be that no major escalation is likely. Instead, Russia believes that it is much more probable that Iran will retaliate through its various proxies. If so, the US might then also retaliate against these proxies in order to keep larger escalation at bay.

In line with this logic, Russia is particularly worried about the current military situation in Syria and wants to prevent any escalation there. In particular, Russia wants to avoid the intensification of attacks by the US on Iran’s proxy forces in Syria – irregular units, militias, etc., currently supporting President Bashar al-Assad – because their activities had been coordinated by the late Iranian General Qassem Suleimani who was killed in a US drone strike on January 3, 2020. Since Suleimani’s death, the extent to which these proxy forces will remain loyal to Tehran, and who will control them, remains unclear. Possible US airstrikes against them would further complicate the already uneasy question of their loyalty.

Hence, Russia has shifted its diplomacy into overdrive in order to prevent future escalation.

On January 5, Russian Defense Minister Sergey Shoigu had a phone conversation with Turkey’s head of national intelligence, Hakan Fidan. The next day, on January 6, Shoigu spoke to Iran’s Chief of General Staff Mohammad Bagheri. Based on open sources, both conversations focused on how to prevent a military escalation in Syria.

Diplomatic efforts to this end then continued on the highest level. On January 7, Russian President Vladimir Putin made a surprise visit to Syria and met Assad, as well as the Russian forces stationed there; a day later, on January 8, Putin traveled to Istanbul for negotiations with Turkish President Recep Tayyip Erdogan.

Despite its military interests in the Middle East, there are clear limits on the extent to which Russia is ready to support Iran. Of course, in the United Nations, Moscow clearly does so. On January 6, for example, Russia, together with China, blocked a UN resolution that would have condemned the attack on the US embassy in Baghdad on December 31, 2019. This attack has been used by the US as a reference point for its targeted killing of Soleimani.

However, it is important to note that there are neither legal nor any other contractual obligations between Russia and Iran, which would make Moscow risk an open confrontation with the US for the sake of Tehran – unlike the case with Syria. When Assad asked for Russian military assistance in 2015, this request was based on a long-existing relationship and military cooperation, which dated back to the 1950s. But there are no such relations between Russia and Iran. Russia does not even have proxy forces in Iran, which could boost the fighting capabilities of the Iranians in case of an escalation.

All in all, Russia’s likely strategy is to use its international diplomacy to condemn and weaken the US, while Moscow simultaneously works on de-escalating the regional security situation via political, military, and intelligence channels. This strategy is expected because, though Russia considers the risks of an all-out war to be very low, it is much more afraid of an extensive proxy-type conflict – especially in Syria. According to Moscow’s calculus, if proxy-escalation expands to Syria, it would gravely affect Russia’s positions and achievements there.

At this point, the best the European Union and Germany can do is, first, to support diplomatic efforts – including the indirect communication currently taking place between the US and Iran – in order to avoid further escalation, whether direct or by proxy.

Second and simultaneously, contingency plans need to be prepared for evacuating EU citizens from the conflict zone should such a need arise. It is crucial that such planning be closely coordinated with the US, which is already preparing for such a scenario.

Third, the EU, and particularly Germany, should play an important role in saving the Iran nuclear deal, which could mitigate Iran’s military ambitions for nuclear power.

Finally, it is important to note that practical coordination with Russia in preventing further escalation could also be used as a vehicle to rebuild at least a minimal level of trust between the EU and Moscow. The visit of German Chancellor Angela Merkel to Moscow on January 11, 2020 increased the potential for more effective cooperation. 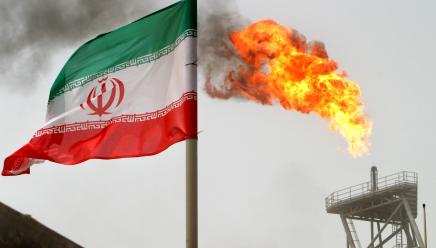