The United States has abandoned old-fashioned thinking that focused on deterring cyber operations below the threshold of armed conflict. It now opts for a new doctrine of “persistent engagement” in cyberspace, which emphasizes offensive cyber operations to shape the behavior of adversaries. Rather than follow in the footsteps of the US, the EU should shape cyberspace into an environment of defense superiority, thereby helping forestall attacks both at and below the level of armed conflict.

Please note: Below you will find the introduction to DGAP Policy Brief No. 8. To read the entire text, including footnotes and citations, download the full PDF here.

The European Union lacks a doctrine in cyberspace, concluded Thierry Breton, EU Commissioner for Internal Market, in 2021. The EU’s current cyber strategy from December 2020 neglects to develop such a doctrine; instead, it engages in traditional deterrence thinking, which aims to deter attacks through denial and punishment. This strategy ignores the fact that measures of denial and punishment have been largely unsuccessful in deterring malicious international behavior below the threshold of armed conflict. While the EU’s focus on the gradual increasing of resilience and reducing the incentive for attack through sanctions and verbal condemnations is necessary, it is insufficient for fending off cyber operations. In December 2021, a cyber operation targeting the Belgian Ministry of Defense compelled segments of its network – e.g., its mail system – to be taken offline for days. In January 2022, Germany’s domestic intelligence service, the Bundesamt für Verfassungsschutz, revealed that APT27, a Chinese hacking group, had been stealing intellectual property from German pharmaceutical and technology companies. Both of these incidents show that adversaries are not deterred from conducting operations despite potential punitive measures.

For its part, the United States has recognized that old deterrence thinking needs updating and has consequently changed its own doctrine and strategy for cyberspace. The current US strategy of defending forward emerges from a doctrine that considers traditional deterrence thinking as not appropriate for fending off attacks below the threshold of armed conflict. In other words, despite attempts to focus on denial and punishment, the United States continued to be hit by attacks such as the Sony Pictures hack and Office of Personal Management hack. The new US strategy of defending forward also emerges from the doctrine of persistent engagement. Persistent engagement rests on the belief that states like China, Russia, Iran, and North Korea engage in persistent opportunism in cyberspace and need to be countered constantly, rather than only in the event of a major attack. The idea is to change the behavior of the adversary by engaging them globally, close to the source of malicious behavior. This means breaking into foreign systems, sometimes on allied territory. Resilience and defense are also part of the US posture, but they are mentioned only marginally.

EU member states have mostly restrained themselves from taking an overtly offensive cyber posture or using their offensive capabilities because they fear further propelling the digital arms race. The experience of the United States confirms these fears since the bold US narrative is likely to incite the further militarization of cyberspace. If all countries, including China, engaged in this kind of offensive thinking, it would raise concerns not only in the United States but also across the globe. Furthermore, trying to shape the behavior of actors may not be as effective as planned – both state and non-state adversaries keep on compromising US networks successfully and at a large scale, as demonstrated by the SolarWinds hack and the Colonial Pipeline ransomware attack.

The primary lesson for the EU to learn from the US experience is that it is futile to significantly alter the behavior of adversaries through cyberspace. And yet, the EU’s current defensive approach of trying to dissuade adversaries from attacking is futile too. Rather than trying to shape adversary behavior, the EU should shape the substance of cyberspace itself, which would, in turn, raise the cost for malicious actors to engage in offensive behavior. The EU doctrine should explain why it is important to tilt the offense-defense balance to the defender’s advantage. It should highlight why it is crucial to strengthen the defender in each dyadic relationship with an attacker. This doctrinal thinking can be summed up as defense superiority in cyberspace.

Acting upon this doctrine, the EU should follow what this policy brief defines as a strategy to secure the cyber domain that focuses on the following:

This proposed strategy does include some elements of persistent engagement, such as limited cyber operations to disrupt operations. However, those offensive cyber operations are not a priority here, and they are not meant to change adversary behavior or gain relative advantages compared to hostile states. Moreover, this strategy differentiates itself from US posture in cyberspace, which encourages malware to be implanted in the critical national infrastructure of an enemy, creating a deterrence mechanism by holding it at risk to discourage attacks above the threshold of armed conflict. The strategy of securing the cyber domain does not subscribe to implanting malware for such a deterrent purpose. 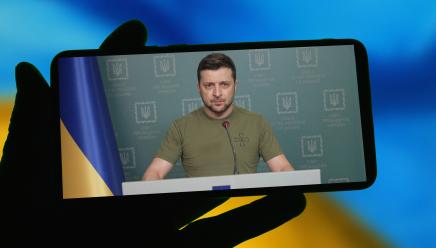 What It Is, What It Isn’t, and What Europe Can Do About It
Author/s
Tyson Barker
Heli Tiirmaa-Klaar