Is migration an effective adaptation to climate-related agricultural distress in sub-Saharan Africa?

Migration is often considered a form of climate change adaptation by which individuals, households, and communities seek to reduce the risks associated with climate change. In this study, we examine first-time seasonal migration out of a village in North-Western Burkina Faso to neighbouring countries, triggered by more irregular rainfall patterns. Through a set of 52 qualitative interviews, we analyse the perceptions of migrants themselves as well as the sending community regarding migration consequences. Men migrated in the off-season, whereas women stayed behind. Most migrant men and wives of migrants perceive migration to have negative consequences for their socio-economic situation and their health. Despite this, a lack of options and deteriorating environmental conditions might force the men to move again. We interpreted the range of narratives provided by women and men against the background of the scientific literature on migration as climate change adaptation. While migration could be beneficial, this study challenges the notion of migration as an effective adaptation strategy for people in climate-vulnerable settings, who lack other options. 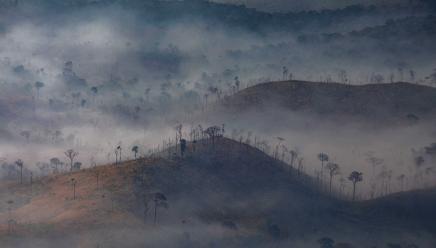