On 25 October 2020, local elections were held in Ukraine. However, in 18 communities in government-controlled parts of Donetsk and Luhansk regions elections were decided not to be held  for the reason of security. This CivilM+ document analyzes the reasons why the decision not to hold the elections in a number of settlements on the government-controlled territories of the conflict region may have a negative impact on the development of democratic institutions in the region, the level of people’s trust in local and central government, as well as the prospects for reintegration of temporarily occupied territories.

The key conclusions of the research by Yuliya Erner/Samuel Goda/Wilfried Jilge/Valerii Novikov are the following. First, the procedure for deciding not to hold the elections is non-transparent and the legislation does not specify which sate body is responsible for such a step. In fact, the decision was made by the CEC, but, according to the expert, the Commission has neither the resources nor the authority to check the situation on-the-ground and to verify the information provided by the CMAs and law enforcement agencies.

Second, due to the legislation gaps there are no clear and systemic criteria for not holding elections in certain territories. Third, representatives of civil society were not fully involved in the decision making.

Ukraine still lacks strategic approach to the development of Donbas.

“There are very important areas that can be developed only with the participation of the community and with the consideration of people’s opinion. Energetics, for example. This issue was relevant already before the war, and the fact that its resolution had been ignored was one of the reasons for discontent and for anti-governmental moods. The region’s economy needs to be reshaped, and this is possible only through communication with people. This would finally lead to a change of elites in the region. This is a complex process, especially in relation to the energy sector, as it involves the restructuring of the traditional industry which has shaped the identity of many residents. Therefore, dialogue and consultation with the public are essential”, says the co-author of the document Wilfried Jilge, Associate Fellow at the German Council on Foreign Relations. 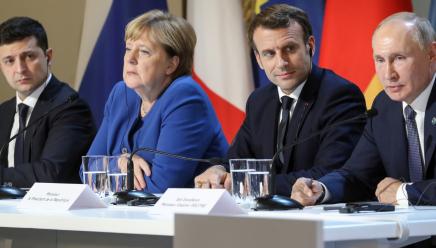