Hungary has had no compunction about breaking EU unity during Russia’s war in Ukraine, often in a bid to sustain its corrupted system of governance. This was again illustrated on December 6 by Budapest’s veto of the planned €18 billion credit line for Ukraine. The government of Prime Minister Viktor Orbán has greatly benefited from its control over the flow of EU funds in the country. The European Commission’s proposal to condition large parts of this flow on reaching rule of law-related milestones offers unprecedented leverage over Orbán. But Brussels also needs to prepare for lasting tension with Budapest and for Orbán to be more flagrant in seeking alternative funds with third powers. It should not be afraid of this.

In September, Hungary agreed to the European Commission’s request to undertake by November 17 measures to increase transparency, to improve judicial independence, and to fight corruption when it comes to how the country spends EU funds. None would have been technically difficult to meet, even under the tight deadline but, true to form, Prime Minister Viktor Orbán has been trying to get away with carrying out only minimal reforms. He has gambled on the familiar give-and-take with other governments in the European Council and with a European Commission that needs backing from the member states. However, Hungary’s blunt transactionalism no longer seems to work.

On November 30, the European Commission judged that Budapest had not fully implemented the 17 measures and proposed to freeze €7.5 billion of EU cohesion funds for Hungary until its government does more to comply with EU conditionality on the rule of law. The rule of law regulation adopted in 2020 gives the commission greater independence from the member states when addressing the misuse of EU funds and the lack of independent oversight in their spending.

This latest move still has to be approved at the European Council by a qualified majority of member states. There is no guarantee this will occur given the perennial concerns in other EU capitals about antagonizing Budapest. But the signs are that, unlike on previous occasions, they could move against Orbán in a significant way.

To ease progress, the European Commission has also recommended the European Council approve €5.8 billion for Hungary from the one-off post-pandemic Recovery and Resilience Fund (RRF). This is a small concession that Hungary had been banking on as 70 percent of its RRF allocation would have been lost if the EU did not allocate it by the end of the year. Still, there is a catch in that any RRF payments would be withheld until Hungary is declared eligible under the rule of law conditionality.

Orbán Is Expecting a Transactional Deal

So far, Orbán is behaving as if he believes his transactionalism will protect him as usual. He has once again identified pressure points: vetoing on December 6 the EU’s planned €18 billion joint credit line to Ukraine and continuing to block EU ratification of a global minimum corporate tax rate for the largest multinational companies and digital firms.

Then there is Orbán’s blackmail over the NATO accession of Finland and Sweden, two EU member states that have been among the main supporters of the rule of law conditionality, with Hungary’s National Assembly delaying its needed approval to January 2023. This implicitly is to put pressure on Helsinki and Stockholm with regard to the upcoming European Council vote on EU funds for Hungary — even if it is unlikely to work.

In fact, this is a new and deeply uncomfortable situation for Orbán, and the stakes are higher for both sides than before. Hungary is facing a huge economic and fiscal crisis, made worse by Orbán’s splurge in public spending and pork-barrel politics in the run-up to the parliamentary elections last April. Planned budgetary expenditures for 2023 amount to €84.1 billion but revenues amount to €78.2 billion. The annual inflation rate this October was over 21 percent, the highest in the region.

Orbán finds himself between a rock and a hard place. On the one side are the rule of law and anti-corruption conditions set by the European Commission in the form of 27 “super milestones” for reform implementation. These would require Orbán to curtail part of his economic power base, including the lucrative rent-seeking system closely linked to his Fidesz party and sustained by the use of EU funds since he returned to power in 2010.

If the economic scales have tipped in favor of the European Commission, so too have the political scales. Hungary and Poland revealed their fear of the new rule of law regulation by challenging it in the European Court of Justice, which slowed its application. But it is now in force and the main political groupings in the European Parliament have made it clear that they expect the European Commission to make full use of it. This includes the center-right European People’s Party, which last year expelled Fidesz from its ranks, thus depriving Orbán of political protection and influence in Brussels.

Orbán can afford to make some concessions to the EU, as not all of its conditions would be detrimental to his system of political patronage. For instance, introducing greater competition and transparency into public procurement processes will not hurt the Orbán system because most companies that would compete are part of it.  Still, other EU demands, including particularly concerning the independence of the judiciary, would touch the core of Orbán’s institutionalized power base.

There are also differences in expectations among EU capitals. For example, one argument made by officials in Berlin is that political patronage in Hungary is so deeply entrenched after 12 years of Orbán being in power that the new EU conditionality can achieve only small improvements rather than meaningful institutional change.

The Way Forward for the EU

As the European Commission does not have the capacity to fully monitor the details of the implementation of its conditions in Hungary, it actively relies on the work of the country’s shrinking local civil society and independent media. Therefore, Orbán’s government is increasing its pressure on nongovernmental organizations and investigative journalists, including intimidation and monitoring. Fidesz leaders have already taken a further step in this direction by saying the country’s access to the EU funds was as a matter of national security. In the short term, Hungary’s dependence on the release of EU funds offers powerful leverage over Budapest. But, regardless, the European Commission should put more resources toward properly monitoring the implementation of its conditions over the longer term, including by assigning more staff to this in Brussels and in its Representation Office in Budapest.

Its unprecedented leverage also brings a dilemma for the EU. Precisely because this is the first time that it is in a position to push Orbán to somewhat change course, some member states believe it should show restraint and focus on the long-term relationship with the country. Rather than escalate the political fight with Budapest at this stage, they prefer a compromise deal by lowering the Commission’s fine. It would safeguard the new rule of law conditionality for the future (avoiding the risk of not reaching qualified majority in the Council when using it for the first time). If no decision is taken in the Council by December 19, the conditionality procedure will elapse with no funds to Hungary formally suspended – but probably at the cost of not backing its government’s recovery plan either.

Regardless of what will be the final outcome, the need for constant monitoring of Hungary’s government implementation in the future would inevitably create further distrust and conflicts. Brussels thus needs to be prepared for permanent tension with Budapest to be the new normal. Hungary’s veto of the credit line for Ukraine is a good illustration of what to expect.

Orbán will drag things out over the coming year, banking on there eventually being a different political constellation in the European Council, with far-right parties in more governments, and on not losing Poland’s support. Or, failing that, he will seek alternatives with authoritarian third powers. Recently, there have been unconfirmed reports of Hungary negotiating loans from China.

But, ultimately, the European Commission should not be afraid of such a situation. Equipped with new tools, it now has to intervene much sooner once it identifies systemic problems.  This is not just about Hungary but about the credibility of the whole EU regarding its commitment to democracy, the rule of law, and the fight against corruption. 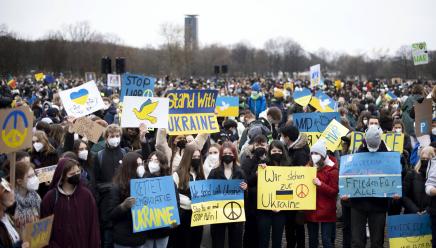 A Paradigm Shift: EU-Russia Relations After the War in Ukraine