The Czech Republic May Bring Babis Back Again

As the 2018 election already showed us, simply not being the populist isn’t enough to win.

As Babiš is likely to make it to the second, and final, round, all attention’s now focused on who his opponent will likely be. And from a broad field, the strongest contenders appear to be economist and former university rector Danuše Nerudová and retired army General Petr Pavel.

Which of these two candidates makes it to the runoff against Babiš at the end of January — and whether they win — will say a lot about the present state and future direction of Czech politics. And though the Czech president doesn’t have executive powers, whoever wins will set the tone for the national conversation and significantly affect the country’s international image.

As the first president of the Czech Republic, Václav Havel — the playwright, philosopher and former dissident — had personified both the hope and optimism of post-Communist transition. Despite his rocky navigation of uncharted domestic political territory, he was a globally admired figure who helped his country establish a foreign policy identity, founded on promoting democracy and human rights.

His successor, former Prime Minister Václav Klaus, then presided over the institutional consolidation of the Czech Republic’s transition, as well as its failure to develop a vibrant, positive and inclusive public sphere and the country’s increasingly narrow-minded, obstructionist approach to the European Union. Under his tenure, the hope of transition gave way to disillusionment with neoliberal economics, and a scandal-plagued government — democratic in form but less so in practice — accused of being distant from the people.

This brings us to the present, where populist President Miloš Zeman has indulged his taste for provocation and courting authoritarian regimes, much like former United States President Donald Trump. His two terms have now seen the erosion of the country’s foreign policy identity, as well as its drift into the EU’s awkward Visegrád Four squad. And openly hostile to liberals, migrants and Muslims, Zeman has offered up the country as an “unsinkable aircraft carrier” for Chinese investment in Europe as well.

However, the president’s time in office has also brought on the ascent of Babiš, a Berlusconi-like figure whose previous terms as finance minister and prime minister were roiled by allegations of corruption.

In 2021, Babiš’ ANO Party gained the highest number of votes in parliamentary elections. Yet, by joining forces, the three-party center-right SPOLU (Together) alliance and the “Pirates and Mayors” grouping managed to form a majority government, leaving ANO in opposition.

As such, Babiš’ candidacy now turns the coming presidential race into a referendum on this nascent liberal-democratic revival — and on the government’s current foreign policy, which has been a revelation. Recognizing that Czech Republic needs its allies — and needs to be a good ally in return — Prime Minister Petr Fiala and Foreign Minister Jan Lipavský have put the country firmly among the leading group of European nations, which base their strong material support for Ukraine on explicitly moral grounds.

Both Nerudová and Pavel embrace this “Havelist” approach, arguing that Czechs should more actively contribute to the EU and NATO. They’ve also highlighted the dangers of depending on autocrats and authoritarian regimes, pointing to the example of Germany’s predicament with China.

Yet, the two candidates vastly differ on domestic policy and their visions for the country’s future direction — thus offering Czechs a real choice.

Pavel is a career soldier who rose to the chair of NATO’s Military Committee, garnering respect from allies, gaining international and diplomatic experience. His campaign prioritizes decency in public life, pledges to “restore order and peace to Czechia,” and emphasizes the importance of “following the rules,” just as Pavel himself did in military service, from the communist period to the present. This approach extends to harshly enforcing a migration regime that may conflict with international legal obligations, as Pavel’s Czech Republic would only welcome refugees from “culturally similar countries,” like Ukraine.

Reflecting his conservative leanings, even regular economic migrants seemingly have no place in Pavel’s vision, despite the benefits they bring and the Czech Republic’s demographic decline — something Nerudová emphasizes. Instead, Pavel’s approach focuses on using the presidency to help small- and medium-sized enterprises — whose owners have often been part of the Babiš constituency — win new business abroad and on supporting tax increases to deal with budget shortfalls.

While Pavel offers stability, however, Nerudová has been campaigning on a dynamic vision of change for a society in need of renewal, talking of thoroughgoing digitalization and modernization. Having experience in advising the government during the pandemic informs her goal of shifting the Czech economy to a more inclusive stakeholder-model of capitalism rather than continued neoliberalism. And she wants an active state to drive growth.

Rather than just looking inward, though, Nerudová eagerly compares her approach to that of Slovak President Zuzana Čaputová, Finnish Prime Minister Sanna Marin and Estonian Prime Minister Kaja Kallas. Her future-focused perspective fits with this emerging group of hard-edged “neo-idealists,” who emphasize the need for democracies to be defended — including via military means — but also stress the importance of striving for liberal values and reviving the hope of progress for citizens and communities.

Both Pavel and Nerudová pledge to unite a divided society, but they need to get past Babiš first. The current president’s populism appeals to dissatisfied, anti-establishment, fringe voters, and “Czech Republic First” advocates from both the left and right. And he also has party and media machines at his disposal, which will make his challengers’ ability to inspire citizens, mobilize activists, energize supporters and get out the vote all the more crucial come polling day.

For as the 2018 election already showed us, simply not being the populist isn’t enough.

This commentary was originally published by Politico on November 17, 2022 here: https://www.politico.eu/article/czech-republic-election-president-andrej-babis/ 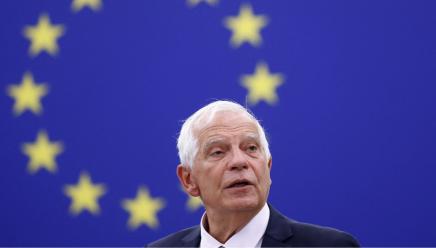 Protecting Eden, or the Dark New Geopolitics of “Fortress Europe”

The EU is justifying its adoption of power politics with the accusation that the outside world started it. In fact, the EU—and Germany—has been practicing retrograde power politics for some time and is purposefully blocking out the option of returning to its own, better past.