The future of the Community of Latin American and Caribbean States (CELAC) seemed to be in jeopardy. The accumulated political capital could be exhausted if it becomes an instrument of the political ambitions of Mexico and Argentina.

The presidents of the member states of the Community of Latin American and Caribbean States (CELAC) will meet in September for the first time since 2017. The community, which was paralyzed for nearly three years and at risk of suffering the same fate as UNASUR or becoming a "zombie organization," was resurrected when Mexico assumed the presidency pro tempore in January 2020. But the newly accumulated political capital could quickly be exhausted if CELAC becomes an instrument of Mexico's and Argentina's political ambitions. The Argentine government has already declared itself ready to succeed Mexico and assume the Presidency pro tempore of CELAC in 2022.

When the AMLO government took over the leadership, it set out to resurrect CELAC by concentrating on issues of international cooperation and putting aside political differences. The strategy worked. The community, driven by the pandemic, took the opportunity, unlike other regional organizations that did not meet expectations, to act in a field in which it had not been active until then.

Relations between Mexico and Argentina

Relations between Mexico and Argentina, both with left-wing governments, have been strengthened since the election of Alberto Fernández. In mid-June, when the OAS condemned human rights violations in Nicaragua with a large majority, both governments abstained. Both governments also share the criticism of OAS Secretary General Luis Almagro, whose re-election they could not avoid. And in early June, Mexican Foreign Minister Ebrard called Almagro one of the worst secretaries in OAS history.

The Mexican government also took advantage of a meeting of CELAC foreign ministers in Mexico City to launch a new Bolivarian project. To paraphrase Marx, it seems that history repeats itself as a farce. On July 24, with the presence of celac foreign ministers, the Mexican government organized an event to commemorate Simon Bolivar, which has nothing to do with Mexico's independence, but now serves to claim Mexican leadership in the Latin American integration process. In its eagerness, the Mexican government forgets that the successes of its pro tempore presidency were due to the fact that it deliberately ignored politically controversial issues and mastered an approach of cooperating in areas of practical policy.

The Mexican president's speech at the commemorative event has produced air bubbles that could once again paralyze the Community of Latin American and Caribbean States, as has previously happened with so many other regional integration projects. AMLO raised the idea of replacing the OAS, which is a politically controversial issue and will hardly find consensus in Latin America.

In addition, he proposed "building something like the European Union," which is another example of a purely declaratory regionalism. Creating a project comparable to the EU requires a solid economic base, and Latin America's intra-regional trade has bottomed out during the pandemic.

Moreover, economically Mexico is disconnected from the rest of Latin America, so it takes a lot of fantasy to imagine it as the engine of an autonomous project of Latin American integration. The FTA with the U.S. and Canada and economic dependence on the U.S. impose tight limits on Mexico's economic room for maneuver. And the limits of U.S. independence and solidarity with Latin American countries became apparent when the Trump administration forced Mexico to limit migration flows.

The common values of a community

In addition, EU members share certain values such as a commitment to the protection of human rights and democracy. In cases of erosion of democracy and the rule of law, as in the case of Poland and Hungary, the rest of the members exert pressure to contain authoritarian tendencies. In contrast, the self-proclaimed leaders of the new Latin American integration project, Argentina and Mexico, advocate silence in the case of violations of human rights and democratic norms with reference to the principles of non-intervention and respect for self-determination. The Mexican president even sees Cuba, for its resistance against the United States, as "the new Numancia" and "world heritage site," but does not mention social protests and police repression.

If one is malicious, one can see a symbolic meaning in the fact that, before taking on the problems on earth, celac member countries first agreed to create a Latin American and Caribbean Space Agency (CEA). But the right approach must be based on intensifying cooperation on technical issues, in the health sector, on scientific and technological transformations and on measures to preventive natural disasters and on environmental protection to mitigate climate change.

The political ambitions of Mexico and Argentina, as its main ally, have once again put at risk the recent revitalization of CELAC. This is all the more true when the revitalization of regional cooperation goes hand in hand with a cover-up of human rights violations in Latin America. Both countries seek to profile themselves internationally without great efforts to divert attention from domestic problems, and instead of directly confronting the United States, they hide behind celac's protective shield.

In view of the future Argentine pro tempore presidency of CELAC, it is important to point out that it should be possible to cooperate on technical issues and to openly criticize human rights violations and those who flout democratic norms. Only in this way can the States of Latin America and the Caribbean become a community of states, as the name CELAC suggests. A community presupposes a basic consensus on common values, not only at the level of declarations, but also in practice.

This text was first published in Spanish on July 29, 2021 by Lationamérica21. 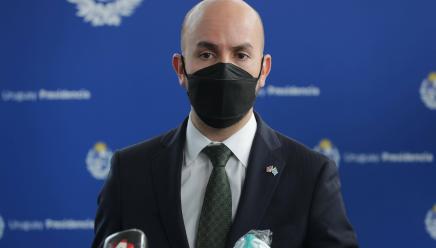