AI, China, and the Global Quest for Digital Sovereignty

Artificial intelligence (AI) and other emerging technologies are developing at an exponential pace, and the discussion about their use as well as their implications for society and international relations is shaped by uncertainty. Whether it is the future of work, the collection and application of data, or new means for surveillance and social manipulation—AI will most likely influence every aspect of modern life. Change is coming no matter whether people like it or not, and decision makers are under pressure to prepare for a new world in the digital age.

Skepticism and distrust in emerging technologies are both a cause and an effect of a world in disarray. Popular hostility in the United States towards China has grown significantly, with influential voices citing Beijing’s use of intellectual property (IP) theft or forced handover of technology from US companies as the means by which the People’s Republic of China (PRC) has caught up with the West. Furthermore, many decision makers in Washington believe that China’s rapid progress threatens the United States’ traditional leadership role. Resentment that is partly fueled by the fact that globalization and China’s growing economic role has coincided with a decline of American middle-class living standards and a public fatigue with the US’ global engagement.

On the other hand, Chinese interlocutors hold the opinion that the United States is using the allegations to push down China and deny the country its rightful place in the world. At the Berlin workshop, one Chinese expert explained that decision makers in Beijing, as well as many in the public, never refer to the “rise” of China, but rather see it as a “restoration.” Metaphorically speaking, the PRC might have been able to play at the high table, but it has always been reminded who owns the casino. From Beijing’s perspective, however, China deserves to be a rule maker, not just a rule taker.

Even though the East Asian country is not close to eclipsing US dominance yet, any sort of cooperation is difficult to implement as long as the legitimacy of China’s rise is in dispute in Washington and other Western capitals. Ideological questions as well as different narratives further complicate the situation. Beijing sees AI and other emerging technologies primarily as a critical tool for preserving domestic stability and improving its defense capabilities, while US decision makers feel increasingly pressured to get tough on Beijing “before it is too late.” US State Department officials at the Paris meeting, for instance, explained that as long as China remains undemocratic and expands its authoritarian control, the United States won’t pursue any kind of cooperation on AI and other emerging technologies. Furthermore, they called on other democratic countries in Europe not to engage with China on tech either—leaving European participants not just in disbelief but in fear of a great power competition that can easily spiral out of control.

Despite the subsequent Sino-US trade talks and settlements, tensions over AI and other emerging technologies have grown worse over the course of last year—particularly in light of the ongoing COVID-19 pandemic. In response to the PRC’s decision to impose a national security law on a semi-autonomous Hong Kong, the Trump administration announced retaliatory measures, including the restrictions on Chinese students and researchers to study certain disciplines at American universities. Furthermore, the United States has been battling Huawei, China’s telecommunication heavyweight, and continues to threaten friends and foes alike with countermeasures if they allow Chinese tech firms help build respective 5G networks. Beyond the restrictions on Huawei, the Trump administration has outright banned some Chinese companies to operate in the US market.

Unsurprisingly, China’s current and former high-ranking officials strongly object the US position and, at various roundtables, pointed to America’s “imperfect record on human rights” as well as ongoing “illegal interferences” in other countries’ domestic affairs, including China. As a matter of fact, most Chinese officials we talked to stressed that they did not favor economic decoupling with the United States and the West, even though some in the circles of Chinese decision making allegedly welcome the decoupling efforts, as it helps Beijing to identify the weaknesses in their domestic systems and the need for remedial action.

The report was written in cooperation with Mathew Burrows originally published by the Atlantic Council's GeoTech Center on January 21, 2021. 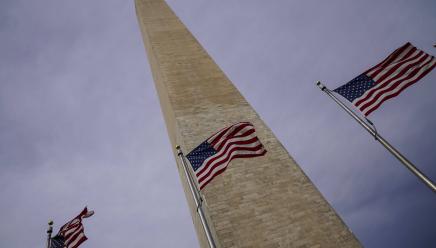 Democracy at home is the source of American power abroad