Moldova is set for presidential elections this autumn. Like in 2016, this predicts to be a tight race. The final election outcome could hinge on a few percent of votes of two key constituencies – the Moldovan diaspora and the residents of the Transnistrian region. Suppressing the vote of one constituency in the detriment of the other may be decisive in this election.

The diaspora votes predominantly for European pro-reform forces, and Transnistrian residents for Russia-leaning political forces. There are significant risks that Moldovan citizens residing in the Transnistrian region could be used in voter fraud schemes while the rights of the diaspora abroad may be further curtailed. Moldovan and international observers will have to ensure that respecting the rights of Transnistrian residents to vote in the Moldovan elections is not a carte-blanche for vote-buying and vote-selling.

Electoral bribery has become more sophisticated and complex over time. It requires a different, updated set of monitoring tools for the experts and organizations assessing the fairness of the election outcome.

The media environment is still highly concentrated despite international and civil society pressure to reform. There is no capacity to tackle propaganda and targeted fake news campaigns. Relevant public institutions have no will or capacity to enforce the law.

The Russian interference has been strongly present during the latest electoral campaigns either through illicit financial assistance to political parties, media support, the Orthodox Church, or outright fake news and propaganda. There is a heightened risk of this repeating again.

The currently unfolding health crisis and the possible reappearance of Covid-19 during the next cold season provide fertile ground for further abuses of power.

This policy brief was developed in the framework of the project „Policy bridges with the EU: Securing the Europeanisation process of the Republic of Moldova” implemented with the support of the Soros Foundation-Moldova. The views expressed in this publication are those of the authors alone and do not represent the views of the Soros Foundation-Moldova. 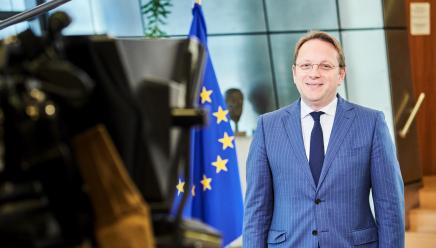 The Future of EU’s Eastern Partnership Beyond 2020