Marina Solntseva has worked with DGAP since January 2019, supporting the Goerdeler Kolleg for Good Governance of the Robert Bosch Center for Central and Eastern Europe, Russia, and Central Asia as a program assistant.

She obtained a Master’s degree in political sciences from the Free University Berlin in 2019 and a diploma in International Relations from Moscow’s State Linguistic University in 2015. She won an International Parliamentary Scholarship from the German Federal Parliament in 2017 and is also an alumna of Konrad-Adenauer-Stiftung (KAS). From 2015 to 2017, she worked as a project coordinator in the Moscow offices of Konrad-Adenauer-Stiftung. She also was a journalist and contributed to various Russian-language newspapers for several years. 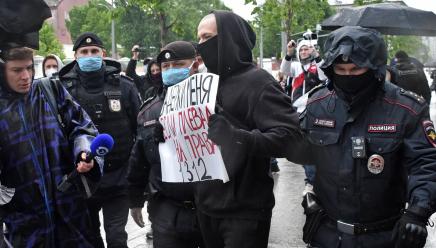