Juulia Baer-Bader was DGAP associate fellow from June 2018 to February 2021. From October 2014 until then, she had worked as a program officer at the Robert Bosch Center for Central and Eastern Europe, Russia, and Central Asia.

Before working at DGAP, Baer-Bader participated in a research project on “Conflict and Development” (with a focus on Russia and Central Asia) undertaken at the Freie Universität Berlin. From March to August 2013, she completed a Blue Book-Traineeship at the European Commission Representation in Austria. In the fall of 2012, she contributed to the project “EU-Russia Civil Society Forum” on behalf of the German-Russian exchange program Deutsch-Russischen Austausch e.V.

After studying public relations at the University of Tartu in Estonia, Baer-Bader continued her studies in the Freie Universität’s Media and Political Communication program. 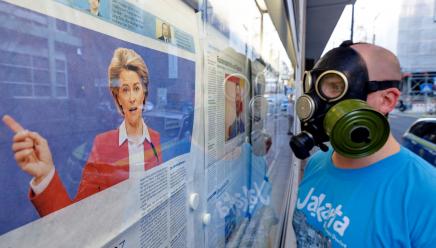 EU Response to Disinformation from Russia on COVID-19

Case Studies of Serbia and Estonia

An audio interview with Peter Pomerantsev

Going All the Way to Zero