The Republic of Korea (ROK, South Korea) is facing ‘omni-directional’ threats, including a risk of war with the Democratic People’s Republic of Korea (DPRK, North Korea). South Korea is building up an appropriate level of military force to be able to counter threats from any direction across regions and operational domains. In addition, the ROK Armed Forces are eager to contribute to a mutually complementary and robust ROK–US alliance to strengthen deterrence and territorial defense. At the same time, South Korea aims to bolster its role on the international stage by increasing its contributions to overseas deployments and out-of-area operations. It actively supports global responses against threats to the international norms and order. In South Korea, the idea that the two goals of national- and international-oriented security are complementary enjoys very broad support.

Given the changing security environment, South Korea is focused on force enhancement through comprehensive defense reforms. Defense Reform 2.0 — launched in the early days of the Moon Jae-in administration to improve the defense reform plan of the previous government—aims to transform the ROK Armed Forces into a more mobile and lethal force. Defense Reform 2.0 heavily emphasizes preparing the army for future challenges, whereas previous reforms had a narrower focus on defending and deterring threats from North Korea. The ROK’s close alliance with the United States provides an additional driver for reform: Seoul has the ambition to take over the lead of joint ROK-US operations under a Future Combined Command. For now, however, wartime operational control of joint forces continues to lie with the United States.

The force enhancement programs focus on strengthening South Korea’s capabilities to deter and respond to the threats posed by weapons of mass destruction by reinforcing its capabilities for situational awareness and ensuring the Armed Forces are able to conduct rapid and decisive joint operations in all operational domains. South Korea institutionally guarantees the continuity of reforms to achieve its long-term defense vision. Therefore, the efforts to transform the Armed Forces into a military structure centered on advanced science and technology such as artificial intelligence-based surveillance and reconnaissance, hyper-connected intelligent command and control, stealth-based platforms, and combined manned and unmanned combat systems will continue.

South Korea’s defense demands and visions create opportunities to deepen and broaden relations with European countries. South Korea and its partners in Europe can expand the scope and scale of military exchanges, training, and operations in response to transregional threats and challenges. The European Union and South Korea already maintain a deep security cooperation regarding nuclear nonproliferation, disarmament, space technology, cybersecurity, and crisis management. These issue-specific partnerships can evolve from institutional to practical cooperation by addressing issues of mutual concern and interest.

Relations between South Korea and the North Atlantic Treaty Organization (NATO) have taken significant steps in recent years. Both sides are aiming to intensify their partnership, particularly in the fields of chemical, biological, radiological, and nuclear threats, cyber security, and hybrid warfare. Seoul’s recent establishment of a diplomatic mission to NATO illustrates the country’s willingness to intensify the relationship and expand it into new areas of cooperation.

The DGAP’s project on “Risk Reduction and Arms Control in the Asia-Pacific Region” aims to provide a comprehensive analysis of the security dynamics in the Indo-Pacific and East Asia, with a focus on important players including Australia, China, Japan, North Korea, Russia, South Korea, Taiwan, and the United States. The objective is to foster understanding in Germany and ­Europe of the risk of conflict in the Asia-Pacific and suggest possible steps to mitigate this risk and ­safeguard stability in and beyond the region. The project starts with taking stock of security ­developments in the Asia-Pacific. As part of a series, the following report provides a detailed review of South Korea’s security and defense policies and partnerships in the current geopolitical ­context. It concludes with a list of policy recommendations to stakeholders and policymakers.

This report does not contain new empirical findings, but assesses primary documents and compiles existing studies, primarily from expert sources. It is tailored for a European audience.

Professor Jina Kim is Dean of the Language and Diplomacy Division at the Hankuk University of Foreign Studies. Previously, she was head of the North Korean Military Division at the Korea Institute for Defense Analyses. She serves on a number of advisory boards for the Ministry of Foreign Affairs, Ministry of National Unification, Joint Chiefs of Staff, Air Force, Seoul Metropolitan Government, and the Peaceful Unification Advisory Council.

As a research fellow at the German Council on Foreign Relations (DGAP), Elisabeth I-Mi Suh is leading the project “Risk Reduction and Arms Control in the Asia-Pacific Region.” She is also a PhD fellow at the Institute for Peace Research and Security Policy at the University of Hamburg (IFSH), analyzing North Korea’s nuclear signaling. Previously, Betty worked as guest researcher and research assistant at the German Institute for International and Security Affairs (SWP) and as student assistant at the Peace Research Institute Frankfurt (PRIF).

This report was published on December 14, 2020 in the project “Risk Reduction and Arms Control in the Asia-Pacific Region”. 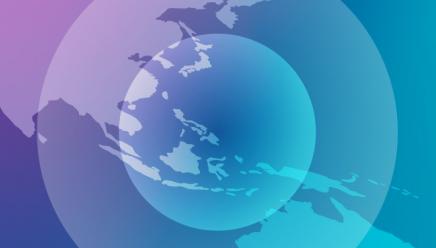