On April 23, 2020, the European Council mandated the European Commission to work on a European Recovery Fund and to clarify its possible link with the Multiannual Financial Framework (MFF), the EU’s long-term budget. Negotiations on the MFF for the period 2021-2027 were at an advanced state when the coronavirus-induced economic crisis hit the EU. Like so much else, the EU budget now needs to be adapted to meet new challenges in the wake of the health crisis.

In all likelihood, the European Commission will first issue a communication around May 14, 2020. It may suggest that the negotiations and legislative procedure surrounding the creation of a European Recovery Fund be fully embedded into the MFF and continue in that framework. The upside of doing this is that the recovery fund would be based in existing institutions and processes; the danger is that this would drag the process out and make the European Recovery Fund subject to endless bargaining.

The current debate about the EU’s economic recovery from the pandemic is characterized by a strong polarization around single issues, the most prominent being the question of jointly issued bonds on the funding side. On the expenditure side, the most divisive issue is the question of the relative amount of grants vs. loans. Both the size of the common borrowing as well as the amount of grants are central to the effectiveness of this future European Recovery Fund and should not be considered as a trade-off.

In order for the preparation of the MFF and the recovery fund to move forward in a productive way, EU decision-makers will have to carry out a sober assessment of the legal and technical options for raising the necessary funds and the respective pros and cons of different funding sources. It is important to note that the way the funds are used will be even more important than the way they are raised.  This note focuses first on ways and means to raise a sizeable recovery fund and then describes succinctly the limitations that the selection of certain funding sources would impose on recovery fund spending.

Within or outside the MFF

There are several important choices for the EU to make. The first is whether it wants to create the recovery fund within the EU budget or outside of it. Some governments see advantages in linking the MFF and the recovery fund closely—they believe this would allow them to gain leverage in the struggle to reform the EU’s most expensive expenditure policies, in particular the Common Agricultural Policy and Structural and Cohesion Policy, and negotiate a package deal. Also, this would allow existing funding tools of the MFF to be used.

But placing the recovery fund outside of the EU budget would provide far more flexibility and would certainly make it easier to negotiate. It would also allow a sub-group of Member States to proceed with it in the absence of unanimous agreement, which is required for agreements on the MFF. The EU urgently needs to agree to  European Recovery Fund that would ensure a meanfingful macroeconomic response, so even if the European Commission were to propose a close link between if not full integration in the MFF, a decoupling might eventually occur for the sake of expediency, in particular if the MFF negotiations end up in another deadlock.

Integrating the fund into the MFF

If the choice is made to proceed with a close link or integration of the recovery fund and the EU budget, the EU will have to solve fundamental questions that touch on the political nature of the EU budget and, more fundamentally, of the European Union.

• A first, seemingly technical question is whether the EU should only increase its annual resources ceiling temporarily in order to respond to the crisis via the use of “exceptional circumstances” (Art. 17 of the MFF regulation), or whether it should change the own resources ceiling set in the Own Resources Decision, which in any case needs to be renewed for the period of the new Multiannual Financial Framework (2021-2027). Taking the latter option would imply that the European Council would have to raise the own resources ceiling, which was maintained at 1.23 percent of all the Member States’ gross national income (GNI) for the two budgetary periods 2007-2013 and 2014-2020.

The maturity date of the borrowing will be important too. One option that deserves further exploration is the  issuance of perpetual debt. The length of the borrowing would be important to minimize the annual debt service of this borrowing. The longer the borrowing, the smaller the debt service. In the case of perpetual bonds, there is no reimbursement of the principal and therefore the debt service cost is as low as possible. Positive examples for the use of perpetual bonds exist in post-war Britain as well as in the US. Some argue that under the use of 122 TFEU, which is meant to be for temporary emergencies, it would be difficult to justify perpetual borrowing. But by this logic one could also argue that long-term borrowing of any sort would not be applicable to finance emergencies, which has not been the case before (see table 1).

Table 1: Options for a European Recovery Fund backed by the EU budget

Table 2: Options for a European Recovery Fund outside the MFF

There are obvious pros and cons to both options for raising money for the European Recovery Fund. Raising funds outside of the EU budget would be far more expedient and flexible, whereas doing it inside the EU budget would probably set a more important precedent and pave the way for further expansion down the line. This brief overview shows that there are several ways for the EU to mobilize more resources in response to the corona crisis. Finding the right balance will require real political discussions and financial commitments. What is fundamentally at stake is not only the economic response and recovery but also the future makeup of European financial solidarity and the EU’s future autonomy. During the Eurocrisis, Member States and in particular Germany safeguarded national controls via intergovernmental instruments. This time, placing more fiscal resources in the hands of the EU budget would be a true step forward. However, while it is important to determine how these resources are raised, it will be even more important to decide how they used. If it is merely to lend money to Member States, the EU’s economic response will not be mutual enough to meet a common threat. 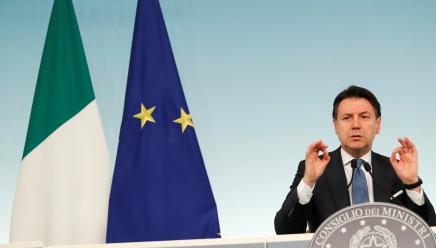 The Lack of Solidarity