This year, remote e-voting will be used in six Russian regions, including Moscow, according to the CEC. The Commission will examine nine applications from regions (other than Moscow) that wish to participate in the pilot project. Nationwide e-voting might be introduced as soon as 2024, when the next presidential election is supposed to take place. So, this year's online elections should be seen as a further step towards the digitalization of Russia's elections, which started two years ago.

Remote e-voting was tested for the first time in 2019 at the election of deputies to the Moscow City Council. The following year, during the all-Russia vote on constitutional amendments which took place from June 25 to July 1, 2020, residents of Moscow and the Nizhny Novgorod region were able to cast their votes electronically. Thus, in September 2020, online voting was tested in the pre-election to the State Duma in the Kursk and Yaroslavl regions.

Legal entrenchment of electronic e-voting into Russia's election system took place just before last year's trial runs when President Vladimir Putin signed a law on remote voting in elections on May 23, 2020. With that, "remote electronic voting" was introduced at the federal level for the first time, and defined as "voting without voting using a paper, using special software." Another important innovation of this law is the ability to collect signatures for candidate nomination through Gosuslugi – the Public Services Portal of the Russian Federation. With that, Russia has paved the way for a transformation of the election system into a process based on information and communication technologies (ICT) and the internet.

This is of course a very progressive step, in line with current global trends and part of an even stronger shift to the digitalization of more and more aspects of life during the COVID-19 pandemic. However, the idea of remote electronic voting is highly controversial and many countries remain cautious about introducing it. On the one hand, there are obvious advantages – for instance, for voters abroad and for voters with disabilities; in general, e-voting provides citizens with a convenient way to cast their vote without visiting polling stations, which could counter declining turnout worldwide. So, an important benefit of digital technology in elections is cost savings from reduced costs of production and distribution of ballot papers, as well as reduced poll worker time.

On the other hand, several studies and assessments show that internet voting does not necessarily attract new voters but rather serves as a "convenient" tool for existing voters. Moreover, nationwide use of e-voting could lead to a digital divide, excluding voters without internet access and those less familiar with the internet. For many people, e-voting is a "black box" due to its complexity. This could lead to reluctance to participate in elections or to reduced trust in the system as a result of insufficient transparency.  So, the argument for e-voting due to reduced costs is contested: the expensiveness of internet voting becomes evident when the additional costs for both purchasing and maintaining e-voting systems, as well as for education campaigns for electoral authorities, observers, and voters are taken into account.

However, the probable main concern regarding e-voting stems from its technological nature, which poses various new security risks, such as its high dependence on technology and its vendors, possible malicious activities, including phishing and social engineering. The risk of manipulation of e-voting is twofold: by hackers from outside, but also by insiders with privileged access to the system – election officials and system administrators have high level authorization to access information and equipment and may intentionally or accidentally compromise election results. Many analysts suggest careful consideration of the potential benefits and risks of introducing such digital technology in legally binding elections.

The blockchain technology which Russia is introducing and testing for its voting promises to shift power from the central electoral authorities to voters and to make elections more secure and transparent. A blockchain voting system is based on peer-to-peer technology and encryption which allows secure registration information and transmission of ballots over the internet and it provides a decentralized and anonymized system of voting and counting results. Developers of the Russian technology also promise: "The vote itself is anonymized and encrypted. The electronic ballot only exists on the user's screen until the vote is over. To preserve the secrecy of the vote, the ballot information is not saved in the user's browser or on the admin server."

However, the Kremlin's ever tighter grip over the internet and ICT, as well as the regime's increased power in managing elections and keeping control over ballot access, raise concerns that technology will be misused to achieve the desired results rather than properly serve voters. What's more, independent IT experts warn that using blockchain technology can change election results in ways that are "undetectable, or, even if detected, would be irreparable without running a whole new election"; the technology still has serious security vulnerabilities that could undermine the integrity of the election system. An opaque expert group that advises the CIK RF on the new technology and the lack of transparent monitoring procedures raises additional mistrust towards the new online voting.

In Russia, an electronic voting system has been developed by Kaspersky Lab, the notorious anti-virus software vendor; it has turned to developing the election software based on blockchain after there was a serious drop in sales followed by allegations from the US and Europe of spying and close ties to the Kremlin. Another developer of a technical solution of e-voting is the state-backed major telecom provider Rostelecom together with Waves Enterprise, a Russian developer of a blockchain platform for corporate and government use.

Despite the aforementioned promise of the developers, the use of technology developed by Moscow's Department of Information Technologies together with Kaspersky Lab in the elections to the Moscow City Council 2019 revealed several major problems. The private key for decoding the votes was easily accessible online and made it possible to track how people voted. Moreover, independent observers noticed significant differences between the offline results and those submitted electronically in favor of candidates supported by the ruling party; a very limited possibility of technical control by observers and cases of violation of voting secrecy and coercion to vote.

So, during the all-Russia vote in 2020, the blockchain system created by Kaspersky Lab revealed several weaknesses. The website for online voting went offline in the first minutes after the start of voting. The passport data of voters was not sufficiently protected and was available online which showed that some voters were recorded in the system twice while others were able to vote with invalid passports. Moreover, people were able to vote twice, at polling stations and then through the online system.

However, despite these serious weaknesses of the system, Moscow will continue its cooperation with Kaspersky Lab which will again develop its own voting system for the city that will probably be used at the State Duma election in September. For other regions, Rostelecom will provide its blockchain-based voting system that it deployed for the pre-election in September 2020. Back then, IT specialists reported that the system was not tested enough and there were possibilities for the authorities to manipulate the results. So, observers said, the system was non-transparent and did not guarantee verification of the integrity of the vote count.

As for the recent testing on May 12–14, Grigory Melkonyants, head of the election monitoring association Golos said in comparison to the previous election, Russia's e-voting is getting even more opaque: now observers are not allowed to download blockchain transactions from the website for online voting and cannot see how the system works from the inside and therefore are not able to evaluate the integrity of the elections. Observers also reported that the new system was not available for accepting applications from voters for several hours. Some voters were rejected as the system could not verify their personal data or because they were "not selected for the test by a random sampling." Stanislav Andreichuk, Co-Chair of Golos, confirms that four months before the most important election in five years, the e-voting system is not ready.

In addition to these issues, the whole online voting system in Russia could hardly be seen as decentralized: voting takes place through state servers by registering accounts on the state portal such as Gosuslugi (or mos.ru in Moscow) and the blockchain network is controlled by the authorities or state-backed companies.

An additional threat for elections

Russia's advanced track record of election result falsifications over the past decade has dramatically harmed its democracy, especially the institution of election. It's highly doubtful that remote electronic voting will help rebuild trust in elections. On the contrary: given the state-controlled technical infrastructure and expected results of the previous tests, e-voting will lead in fact to even more difficult access for independent election monitoring and further deny Russian citizens the free and fair elections they deserve.

(1) To take part in the test from May 12 to May 14, any citizen of the Russian Federation could submit an application on the Gosuslugi.ru – the Public Services Portal of the Russian Federation. This is a widely used centralized online infrastructure for any kind of state or municipal service. According to its own data from 2019, Gosuslugi has 103.2 million registered users, out of the country's population of about 145 million.

This text was first published by the Russian Election Monitor in May 2021.

Program
Center for Order and Governance in Russia, Eastern Europe, and Central Asia 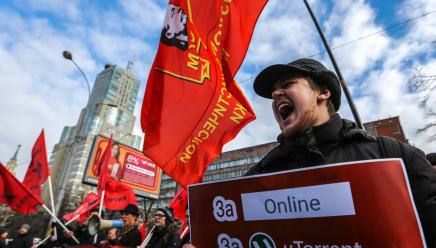