How the New UN Mission in Sudan Can Succeed

After complex negotiations, the United Nations Security Council established the UN Integrated Transition Assistance Mission in Sudan (UNITAMS) on June 3, 2020, asking Secretary-General Antonio Guterres to start planning the mission so that it can begin operations no later than the beginning of 2021. The special political mission (SPM) has four mandated tasks: supporting the democratic transition, the peace process, peacebuilding, and the mobilization of aid.

The polarized political landscape in Sudan has already affected the planning process. After the Sudanese government (as well as China and Russia) blocked the secretary-general’s initial suggestion for the mission head, and disagreements continued on the future role of the UN-African Union Mission in Darfur (UNAMID), the existing peace operation in Darfur, UNITAMS has found itself on thin ice before even starting to work.

Sudan’s internal competition for power will be an essential challenge for UNITAMS. As with any UN peace operation, the mission will need to work closely with the incumbent government, but also engage with civil society organizations, security forces, and armed groups—including those opposed to the government. However, the power-sharing coalition is polarized, its constituent parts are fragmented, and its legitimacy is thin. The constitutional declaration, which the Transitional Military Council and the Forces for Freedom and Change (FFC) signed in August 2019, is the binding foundation for the transition process, and includes tasks such as a comprehensive peace agreement with Sudan’s armed groups and wide-ranging economic reforms.

In principle, UNITAMS should assist and support the transitional authorities in these tasks. But that is not straightforward. While a fragmented political landscape is nothing unusual for a mission setting, Sudan’s main political forces represent competing political systems, each with their external backing. They range from, first, members of the former Islamist regime, whose adherents have frequently launched protests against the transitional authorities and retain sympathies from Turkey and Qatar. Second, the Sudanese Armed Forces, the Rapid Support Forces, special police, and internal security services, represent a model of military authoritarianism as in Egypt, on which they count as their regional ally together with the United Arab Emirates and Saudi Arabia. Finally, the civilian cabinet led by Prime Minister Abdalla Hamdok, the Forces of Freedom and Change (FFC) alliance and other political parties are proponents of a democratic system, with support from the European Union, the AU, and Ethiopia.

Hamdok’s cabinet, UNITAMS’ main interlocutor, is increasingly squeezed between internal fragmentation of the parties nominally supporting it, revisionist protests from the Islamist camp, and domestic expectations to improve the dire economic situation. For example, Sadiq al-Mahdi from the National Umma Party, who led Sudan’s last democratic government in the late 1980s and had supported the civilian government before, reached out to the military and security forces to form a “patriotic alliance” against Hamdok. The planned inclusion of representatives of armed groups in the government’s transitional institutions as part of an impending peace agreement is likely to complicate this picture further.

The UN and Local Ownership

Implementing strong local ownership is a structural challenge for UN peace operations, especially for an integrated mission like UNITAMS, which is meant to carry out relevant functions of the UN Country Team. Peace operations, under the overall guidance of the UN Security Council and the UN secretary-general, have more leeway in implementing their mandate than UN agencies, funds, and programs, which rely on the host government’s consent for every project that they devise and implement. The close role of state authorities in planning and reviewing UN development and peacebuilding projects fosters their ownership though, whereas peace operations often remain tied to a top-down approach with national ownership at a much more abstract level, despite their efforts to consult communities and survey local perceptions. In the past, straying from the narrow line dictated by Sudan’s regime has often resulted in the expulsion of UN officials.

In Sudan, the UN cannot count on the government alone. Dominated by external advisors and (former) international officials, Prime Minister Hamdok’s government is hamstrung by the extremely low capacity of public administration. For example, the transitional government struggles to develop project proposals at the level of detail requested by donors and ensure efficient implementation of transition objectives. In early July, Hamdok appointed  a 15-member-committee to manage negotiations with UNITAMS. While the body is largely civilian (except one member representing military intelligence), it does not involve members of the FFC or other civil society organizations.

From countless examples of international interventionism, we know today that external actors cannot impose a framework on a society to resolve a conflict, if the fundamental causes of polarization and conflict remain. That was the experience of the Agreement on the Resolution of the Conflict in South Sudan (ARCSS) in 2015, which collapsed less than a year after the parties signed it under heavy regional and international pressure. UNAMID, for its part, came into being because of such international pressure, and was hampered to implement its mandate effectively by the intransigent government of President Omar al-Bashir, and ended up serving the political objectives of the past regime.

If UNITAMS is to avoid the fate of those peace efforts, it needs to adopt an adaptive approach. This peacebuilding approach recognizes that, as Cedric de Coning writes, “social systems are highly dynamic, non-linear and emergent.” It chimes well with Prime Minister Hamdok’s frequent insistence that Sudan’s transition process is “messy and non-linear.” An adaptive peacebuilding strategy takes a highly participatory approach, experiments with different options, and pays close attention to feedback from the local political environment, reviewing and adjusting its programming frequently in response to that feedback. Specifically, UNITAMS should heed four considerations.

First, in planning and implementing the mission, UN officials should account for the rapidly evolving situation and relatively short scheduled lifespan of the mission tracking the (now probably four-year) transition period. Instead of rigid budgets and work plans common in a UN peace operation, as much authority for recruitment, coordination, and project design should be delegated to the country-level as possible. Only with enough flexibility and Sudanese participation will the mission be able to respond to evolving dynamics and local needs. Specifically, the mission should institutionalize a regular advisory and monitoring mechanism, not just with the government’s committee, but with the FFC and civil society organizations as well. In doing so, the UN can build on its engagement with those groups since the start of the revolution in 2019. Knowledge management experts should ensure a smooth transition to the UN Country Team, while the mission should employ political and civil affairs officers with relevant regional and country expertise.

Second, UNITAMS should foster resilience, i.e., the ability to withstand and manage shocks to the transition process. There are likely going to be further delays and setbacks in the transition process, even a complete take-over by the security sector cannot be ruled out. UNITAMS has the mandate to support institution-building through providing technical expertise and advise for the constitutional process and independent commissions. As many actors are already present in this field, UNITAMS must avoid contributing to donor competition for attractive lighthouse projects. It should concentrate on strengthening the ability of the civilian authorities to exert control over the security sector and its economic activities, as the transitional government has planned. This will require the mission to put parliamentarians and political parties at the center of their stakeholder engagement. Only they can ensure functional civilian oversight of the security sector. The Sudanese private sector will be needed to restructure the assets of the security sector.

Third, UNITAMS should contribute to ensuring international coherence, in particular regarding the UN’s activities in Sudan and international financing of the transition. Extending basic services and supplies to the whole population is a key element of the transition’s success. More donor funds are expected to flow into Sudan in the wake of the Sudan Berlin Conference, where attendants pledged around 1.8 billion dollars (plus up to a further 400 million dollars in a pre-arrears clearance grant from the World Bank) on June 25, 2020. Ensuring a consistent follow-up process that will see further partnership conferences and coordination of pledges as well as operational activities in a way that considers the nexus between humanitarian and development activities in addition to peacebuilding will be crucial for UNITAMS.

As an integrated mission, some tasks that UNITAMS undertakes will continue after it is scheduled to leave Sudan with the completion of democratic elections, such as the reform of the civil service and public administration. As these developmental tasks will take many years, UNITAMS should leave the building of these vital state capacities to those organizations that are going to stay in Sudan for the long run, and concentrate on overall strategic coordination and ensure peace and stability of the transition process itself. Structurally, the existing donor coordination mechanisms supported by the UN Country Team can ensure Sudanese ownership more effectively than a peace operation. Given the remaining threats to civilians in Darfur and elsewhere, the Security Council may decide to extend UNAMID beyond December 2020. For UNITAMS, this would mean that it would have to revisit its mission plan and even raison d’être.

Finally, the mission should facilitate the flow of information and promote transparency regarding its own activities and those of development partners and government authorities. Sudan is swirling with rumors and speculation, including about the work of international actors. With offices around the country, logistical capacities, and the protection of a status-of-forces agreement, the mission should empower marginalized voices through dialogue processes, local conflict management, and reconciliation, and encourage communication between Sudan’s federal states and Khartoum.

UNITAMS can provide a platform for sharing information and can facilitate communication beyond its regular reporting to the UN Security Council, including public information efforts in Sudan. This includes managing expectations what a political mission can and cannot deliver, especially when it comes to protection of civilians and accountability. Establishing such processes could also help shine a light on the often-unclear support of Sudan’s non-traditional donors, including from the Gulf.

The success of UNITAMS hinges on the ability and capacity of mission leadership and staff to provide substantive technical professional inputs to the transition process otherwise not available to Sudanese institutions, and to ensure strong Sudanese ownership of the mission. Adopting a flexible, adaptive approach will be difficult for a UN system full of inertia. Given the right policies, resources, leadership, and political backing, the mission still has the chance to become a focal point for the international support to Sudan’s transition.

Philipp Jahn heads the office of the Friedrich Ebert Foundation in Khartoum. Gerrit Kurtz is research fellow for crisis prevention and diplomacy in Africa at the German Council on Foreign Relations (DGAP) in Berlin. Peter Schumann is a former UN official, who served as Acting Deputy Joint Special Representative with UNAMID in 2017/18.

This article was first published by The Global Observatory on August 25, 2020. 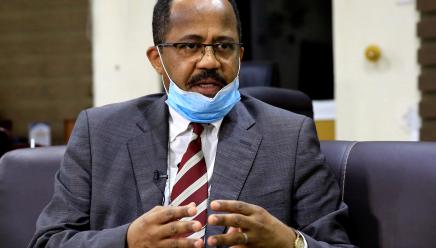