Changing German Think Tanks from Within

Over the past two years, we have conducted five workshops with German think tankers, think tank funders, and policy-makers, led interviews and followed the debate on the future of think tanks to understand the state of the German think tank system. In this blog series, we want to share with you what we learned, what needs change, and how we want to contribute to that change with a new initiative – the Think Tank Lab.

Think tanks do not reflect the diversity of our societies, both when it comes to  their workforce and conference panels. We found that the lack of gender, educational, socio-economic and cultural or ethnic diversity in German think tanks is of great concern to the think-tankers who participated in our focus group workshops. Beyond workplace equity,  lack of diversity puts into question the think tank industry’s relevance and legitimacy. The insider-group dynamics and homogeneity of the policy expert bubble lead to a phenomenon called ‘groupthink’ or confirmation bias: When the people around us share a similar educational background and upbringing, we tend to mutually confirm our own assumptions and to affirm the status quo. The likelihood that we will think ‘outside the box’ when it comes to solving complex policy problems is diminished compared to more diverse group settings.

Moreover, the “The Berlin Pulse” annual study has shown that the attitudes of the German foreign policy expert community on central foreign policy questions often differ widely from those of the German public. In a democracy, such a gap comes with some problems. In Great Britain and the United States, the majority of citizens do not trust think tanks to improve society and tend to see them as part of the political elite. If we want to avoid reaching that point in Germany, we have to ask ourselves whether think tanks need to become better at explaining the general public their policy proposals, providing compelling rationales or developing policy proposals with majority appeal.

More than anything, this shows that in our polarized society think tanks need to go out and engage more with society. If think tanks do not reflect the diversity of the societies they are part of, they run the risk of being seen as elitist and out of touch. This means they also might not be able to reach the decision-makers of the future, who will most certainly be more diverse  than they are today.

In today’s hyper-connected world, policy challenges overlap, transcend national boundaries and academic disciplines, and require an approach that breaks up silos and creates synergies. This can only happen with greater diversity in the room and with formats designed to enable authentic dialogue between different voices. For think tanks to become more inclusive, it is not enough to ensure numerical representation of different social groups, but to rethink organizational culture, including meeting routines, the timing of events, and changing the ways we design and facilitate policy dialogue. As key influencers of public policy and public opinion, think-tanks should counter the risk of there being a single story  for policy.

Think tank funders could encourage think tanks’ commitment to diversity by fostering transfer of good inclusion practices between the organizations they support, or financially rewarding the development and implementation of policies that make think tanks more inclusive.

Many German think tanks do not have the size or funding structure to offer systematic training for their staff. But offering training on-the-job is crucial for an industry that sells cutting-edge ideas. Think tank employees from early-career researchers all the way up to directors confirmed that many of the skills needed to succeed as a think-tanker – be it writing policy papers, fundraising, and project management – are not necessarily learned at university. Also, Generation Y and Z applicants place great value on professional development opportunities when applying for jobs , and financially strong consultancies compete for the same talent pool.

Think tank funders could invest in the quality, impact and innovative nature of think-tank work by dedicating a percentage of each project and institutional grant to internal capacity building. By encouraging risk-taking and setting fair standards for salaries and contract durations they can also help prevent a race to the bottom. In the process, they will help to create attractive and long-term perspectives for think-tankers with diverse backgrounds and be able to support intellectual growth.

The question of social impact has reached German think tanks much later than their counterparts in the Anglo-Saxon world. It is now being discussed in many German policy research institutes. There is no agreement over what the desired impact, let alone indicators for a think tank’s impact could be. But many agree that the value of think tank work cannot be measured in academic citations alone and that more specific measurement instruments are needed that consider the mission of think tanks to inform policy and public debate.

Up to this point it seems that many German think tanks do not have their own theories of change and monitoring, or evaluation and learning systems in place. What is being evaluated depends largely on the priorities of funders and is limited to the project level. This seems curious given that:

However, more diversity, training and strategies alone won’t make the difference, because, as the saying goes, culture eats strategy for breakfast. In many conversations with German think-tankers we encountered insecurity and fear about doing something funders or policymakers may not ‘like’. Fear is the worst enemy of creativity and intellectual independence. If think tanks want to be incubators of policy innovation, they – and their funders – need to acknowledge and counter this insecurity, by creating incentives, and above all the psychological safety to experiment with new approaches – to fail and try again, without loss of funding or reputation.

To stay relevant today, think tanks need to foster a culture of innovation and intrapreneurship, and for that we need spaces to experiment with new approaches, instruments, and partnerships.

Secondly, if think tanks want to map pathways to different futures, evidence must be coupled with imagination and include non-traditional methodologies and partners along the way. One think-tanker suggested in one of our workshops that German think tanks have too long seen themselves as the helping hand of government and should more accurately consider themselves a part of the creative industry. To stay relevant today, think tanks need to foster a culture of innovation and intrapreneurship, and for that we need spaces to experiment with new approaches, instruments such as innovation funds, sabbaticals or job swap programs, and partnerships with non-traditional partners, be they from arts and design, computer science or psychology.

Transfer of good practices and cooperation between think tanks

One thing that surprised us when we started to delve into our research was that despite being the think tank community being a tight-knit network where everyone reads one another’s publications and goes to the same conferences, we encountered few spaces for professional reflection and knowledge exchange about think-tanking as a practice and profession. From diversity to recruitment and staff development, from impact measurement to ethical standards, from using artificial intelligence in research to dealing with the rise of populist parties or the decrease of trust in science – there are many challenges that German think tanks share and where all of us could benefit from a systematic exchange of experiences.

But instead of cooperation, relations between think tanks in Germany are often characterized by competition for the same funds and audiences. This leads to a situation where good practices are not shared and the professional development and collective impact of the German think tank sector falls short of its potential.

The challenges think tanks face, externally and internally, are immense. And addressing them won’t happen overnight. But acknowledging them and considering ways to deal with them, together, is a start. A tank is usually a small, dark, constricted space. Inside a tank, you have a very limited view of your surroundings. Perhaps it’s time for think tanks to emerge from the darkness and into the light.

In our next blog, we will share with you how the Think Tank Lab aims to support the co-creative advancement of the German think tank landscape. 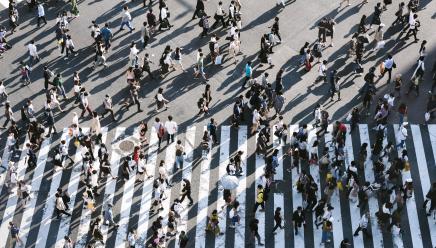 Why German Think Tanks Have to Change the Way They Work