After the Nagorno-Karabakh War: Time to Abandon the Term “Frozen Conflicts”

“Transatlantic Futures: Towards #NATO2030” collects articles that reflect on topical security issues of the North Atlantic Treaty Organization. Authors from the region and beyond discuss transforming regional security policies and realities towards NATO2030. Particular attention is devoted to the transatlantic link, Baltic defense, and the NATO-Russia relationship, as well as the role of other emerging elements and actors. DGAP’s Dr. András Rácz co-authored a piece on the conflict in Nagorno-Karabakh.

The paper by DGAP senior fesearch fellow Dr. András Rácz and King’s College doctoral researcher Annamaria Kiss, which can be found on pages 73–86, argues that the recent war over Nagorno-Karabakh urgently reaffirms that perceptions of conflicts as “frozen” need to be adjusted.

The authors proceed in four sections. First, they outline the definitional debates regarding the term “frozen conflicts” and the impact of semantics on political decision-making. Second, the authors show how Nagorno-Karabakh challenged the traditional understanding of, and validated the critiques of, this term. Third, they summarize the similarities and differences between this and other protracted conflicts in Eurasia that are also widely understood to be “frozen.” In doing so, the authors seek to investigate how far the lessons of Karabakh, and the resulting risks, might apply there as well. Fourth and in conclusion, they argue that a scenario similar to the recent events in Karabakh is unlikely to evolve in other Eurasian conflicts because, for the moment, key contributing factors are absent there. What Nagorno-Karabakh should nevertheless teach us for these other Eurasian conflicts is that they are far from settled – they require ongoing attention to allow for the timely identification of a failing equilibrium.

This conference paper for “Transatlantic Futures: Towards #NATO2030” was included in a collection of articles first published by the Latvian Insitute for International Affairs here. 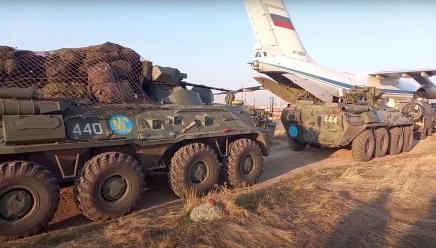 The Nagorno-Karabakh Agreement and Its Outcomes

Reconfiguring Power in the South Caucasus