Milan Nič is head of the Robert Bosch Center for Central and Eastern Europe, Russia, and Central Asia, which he had joined in April 2017 as a senior fellow. He focuses on geopolitical competition, global issues, and interregional dynamics.

Nič previously headed the Europe program at the GLOBSEC Policy Institute in Bratislava, Slovakia, and was managing director of its predecessor, the Central European Policy Institute (CEPI). From 2010 to 2012, he served as senior adviser to the Deputy Foreign Minister of Slovakia. Prior to that, he advised the High Representative/EU Special Representative for Bosnia and Herzegovina.

Nič began his professional career as a broadcaster at Radio Free Europe/Radio Liberty, covering the transition period in Central and Eastern Europe. He was later an analyst at the European Stability Initiative and program director at the Pontis Foundation. In 2010, he contributed to a book of essays on the EU and Slovak foreign policy with Tomas Valasek, Balazs Jarabik, Jana Kobzova, and others.

Nič earned his MPhil from the Charles University in Prague and his MA at the Central European University in Budapest. He also studied at the Bologna Center of Johns Hopkins University’s School of Advanced International Studies (SAIS).

Please note that we currently do not offer any internships at the Robert Bosch Center for Central and Eastern Europe, Russia, and Central Asia.

Speaking of the Belarus trap 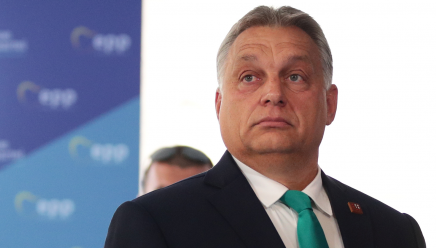 Point of No Return

Viktor Orbán’s Divorce from the EPP

Can Slovakia and the Czech Republic overcome Europe’s east-west divide? 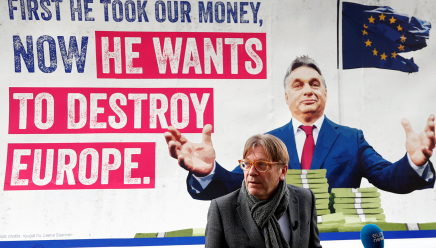 Shaking Up the 2019 European Election

Macron, Salvini, Orbán, and the Fate of the European Party System

Shaking Up the 2019 European Election

Macron, Salvini, Orbán, and the Fate of the European Party System