Literally, identical comments are popping up under a multitude of Facebook posts, channelling the Kremlin’s disinformation to users who would never consider to read anything about the war. This is the result of the copy-and-paste activity of trolls who work multiple shifts. Whereas Political Capital’s, and it’s partners’ first research revealed the existence of potentially coordinated “online troll networks” in V4 countries right after the start of the invasion, the new research on the pro-Russian online inauthentic behaviour presented here pinpointed the long-term narratives and coordination strategies used by trolls in the service of the war in Germany, Italy, Hungary, and Romania.

The research identified so-called repetitive comments in Facebook comment sections. Inauthentic behaviour was defined as communication behaviour in which real users used online profiles to provoke and create confusion. Using the SentiOne online monitoring platform, our researchers collected databases of relevant comments posted on Facebook between 25 February and 31 July 2022 in the countries studied. Then, algorithm-based text mining tools were used to identify repetitive comments, i.e. text that is at least five words long and repeated at least 200 times. The repetitive comments were analysed both qualitatively and quantitatively to identify inauthentic user profiles, disinformation narratives, and strategies.

Main findings of the research

The research found traces of inauthentic pro-Kremlin activity on Facebook in all countries under review, which can be considered attempts to influence public opinion in the affected states and, in some cases, beyond them. Our main conclusions are:

The research was carried out in cooperation with the following partners: András Rácz, PhD (Germany), Arije Antinori, PhD (Italy), Global Focus (Romania), Political Capital (Hungary). We are grateful for the generous support of the National Endowment for Democracy (NED) throughout the course of the research project.

The full study is available here.

This study was first published by Political Capital in October 2022. 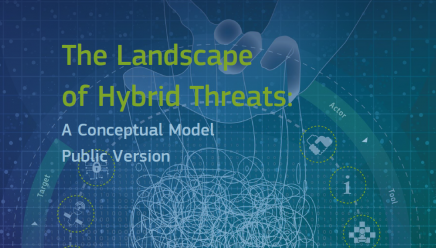