Future US-German Ties Depend on Managing the Transatlantic Tech Relationship

German Chancellor Angela Merkel’s visit to Washington is a symbolic capstone to a 16-year era US-German cooperation under her leadership. It also sets the stage for a new chapter of US-German ties, one more fit for the challenges of the next decade.

Merkel and President Biden can set the agenda for the defining issues for relations and the transatlantic partnership for decades to come. Signs have been promising. Merkel is the first European leader invited to Washington. The Biden administration nominated its first G7 ambassador to Germany. The US and Europe have made efforts to bridge challenges on Boeing-Airbus, tariffs, taxation, technology, regulatory issues, WTO reform, Iran, NordStream2 and climate change.

But building US-German ties will ultimately depend on how the two sides manage the transatlantic tech relationship. In Europe – and Germany – there is a temptation to chart a “third way” in the US-China tech competition. This “third-way” plays to a European desire for “strategic autonomy” and, in the tech race, for “digital sovereignty.” While the definitions for both “strategic autonomy” and “digital sovereignty” are still highly ambiguous, both can be understood as the European Union and its member states having the capacity to act independently from the US and to a lesser extent China. In the digital context, that feeds into the allure of creating digital regulation and industrial policy that emancipates Europe from the rest of the world in areas of competition, data, cloud computing and emerging tech.

But Merkel’s – and ultimately Europe’s – capacity to shape their digital environment will depend on its ability to work with like-minded states, actors and commercial entities. This does not preclude efforts to raise European competitiveness. In light of the rising tech conflict between democratic states and China, Europe’s efforts will be successful only if it is able to develop a confident, high-performing digital economy embedded in an open, democratic rules-based digital order. This need is acute, as the prospect of internet fragmentation, data localization and the greater instrumentalization of digital dependencies as political weapons become more pressing.

That task requires a cooperative transatlantic relationship. Any digital sovereignty attempts that wall off Europe’s market, introduce security vulnerabilities into technological platforms or deny due process and other rule-of-law protections are unlikely to succeed. Such efforts, like the EU’s Digital Markets Act (DMA), would simply empower Chinese rivals and limit the growth for EU tech companies. Instead, the transatlantic community should focus on democratic autonomy in technology with other like-minded actors as a means to advance its interests globally.

To achieve this goal, the US and Germany must deepen their mutual tech relationship, not fragment it. Biden’s June visit to Europe jumpstarted this process, and the establishment of a US-EU Trade and Technology Council (TTC) has been a good start. Now both sides need to determine what they want to achieve and how it can best shape interests on both sides of the Atlantic.

President Biden and Chancellor Merkel should agree to cooperate on further deepening the transatlantic tech space while hardening it to those who don’t share liberal democratic values. To do so, both the US and Europe should avoid what has been called “contingent unilateralism” on digital regulation in areas around competition, data protection, content moderation, AI and taxation.

It’s no longer true that the US and Europe can legislate in a domestic vacuum, only taking into account domestic equities and ignoring the threat from China. A wholly domestic, fragmented or discriminatory approach could undermine transatlantic digital leadership. Avoiding such unilateral approaches can only benefit the US and Europe, because it sets the stage for greater transatlantic interdependence on research and deployment in emerging technologies as a counter to China’s increasingly belligerent techno-authoritarianism.

The TTC provides a strong venue to advance democratic autonomy. It needs Germany to succeed. Germany has been and will likely remain the most significant power in Europe – setting the tone and direction – on tech governance as it has done on climate change, trade and multilateralism. Germany also has a key role to play in balancing France, which has been keen on accelerating the digital sovereignty framework that undermines transatlantic tech integration.

On technology, an ambitious agenda is worthy of the US-German relationship, which still has a chance – perhaps its last – to assert leadership at a moment when technology has become central to geopolitical power. Such an effort would be challenging. The risks are high. But against the backdrop of rapid technological change, strategic interdependence could become a big democratic project that reaches across borders, knits like-minded communities together in a manner that reinforces shared values and codifies in standards, market access, increased interdependence and intensified political dialogue. In the face of techno-authoritarianism, that aspiration is more urgent than ever.

This article was originally published by The Hill on July 15, 2021. 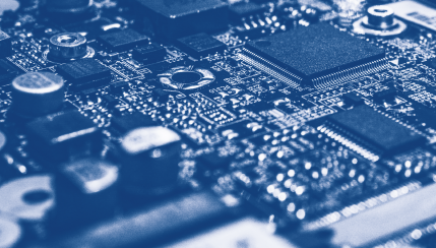 Europe’s Capacity to Act in the Global Tech Race

Charting a Path for Europe in Times of Major Technological Disruption