Since the uprisings of 2011, the Middle East and North Africa have been in upheaval. With few exceptions, developments have been alarming. A wave of violence – which, even for this strife-prone region, has been unprecedented – as well as intra-societal, interstate, and regional conflicts continue to destabilize the region with direct consequences for Europe. Keeping apace with the dynamics of events there requires continual analysis and debate. This is the only way to further develop impactful local, German, and European policies for dealing with these challenges.

This is where the DGAP’s Middle East and North Africa Program comes in. Its workshops, background discussions, and publications aim to break down complexities, generate knowledge, develop solutions, and create understanding for the interests and needs of countries both in the region and abroad. This approach results in recommendations for meaningful courses of action for key players in Germany and Europe, as well as those in the Middle East and North Africa. To achieve its goals, the program works closely with experts and opinion leaders from all countries concerned. The program’s alumni network is comprised of some 500 experts from the region.

Since 2017, the program has supported think tanks and similar institutions in Morocco, Tunisia, and Jordan to help them professionalize their work and build their capacity for providing policy analysis and advice.

From 2011 to 2016, the program’s work focused on topics related to Egypt, Tunisia, Morocco and Turkey. It examined both domestic political developments and regional dynamics that affected these countries, as well the quality and impact of European and international policy concerning them.

In 2014, the program launched a research project on the involvement of the Gulf States in Egypt and Tunisia and the political and economic implications of this support.

Socio-Economic Challenges and the Impact of Regional Dynamics on Jordan

Employment, Social Cohesion, and International Cooperation – Perspectives from the Region and Europe (Workshop I)

Intensifying crises and instability in Jordan’s immediate neighborhood pose a significant challenge to the Hashemite Kingdom. Amman not only faces a difficult security environment, but also needs to balance its relations with its neighbors and Western partners who frequently pursue conflicting interests. 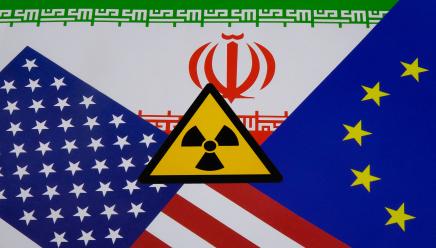 A Return to Diplomacy

The Iran Nuclear Deal and a Democratic White House