The aim of the project “Foreign and European Policy in the Ruhr” is to restore lost confidence in a Europe that stands for the rule of law, the welfare state, separation of powers, democracy, and freedom. Over a period of three years, it will create opportunities for bringing people in the region together for events related to European and foreign policy issues.

The project “Foreign and European Policy in the Ruhr” is run by the German Council on Foreign Relations (DGAP) in cooperation with the City of Essen. It is funded by Stiftung Mercator.

In order to guarantee that the project reaches as many citizens in all areas of the Ruhr as personally as possible, it is working closely with local institutions as well as political actors from a European level.

The project’s work will be complemented by editorial coverage in DGAP’s journal Internationale Politik. A special issue entitled “Europa, mein Revier” was published in September 2020 shortly after the project was launched. At its conclusion, a futher issue will summarize what was learned through the experience of conveying topics related to foreign and European policy in such a local and personal way. 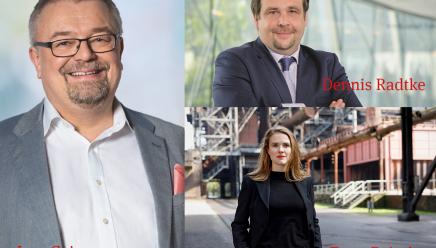